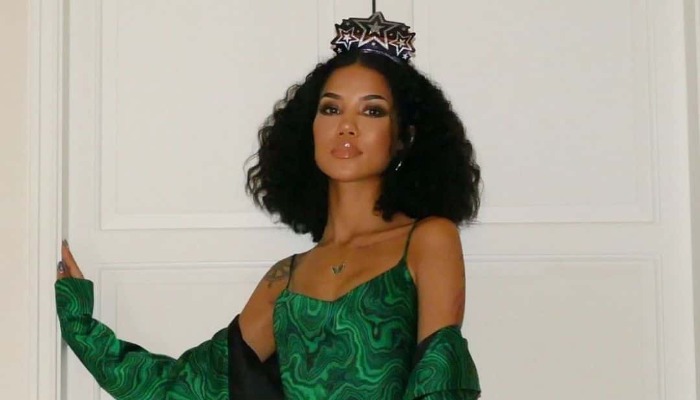 Jhené Aiko started first musical career when contributing vocals for a group band named B2K. In 2002, she signed a contract with The Ultimate Group.

She was featured on the band’s album and appeared as a guest vocalist in their songs. She also formed an R&B group named Gyrl.

Yet, in 2003, she returned to her education and hold her self-titled album back due to musical differences with her label.

In 2007, she made a comeback, then released a mixtape named Sailing Soul(s) in 2011. The next year, she released her initial EP named Sail Out.

Her EP ranked #8 on the US Billboard 200. It also led her to get a nomination for Best Urban Contemporary Album at the 2015 Grammy Awards.

In 2013, she was featured in Big Sean’s song called Beware and is ranked on the Billboard Hot 100.

1. The pattern of her dress is head-turning

2. She looks pretty with the flower on top of her dress

3. A selfie from Jhené Aiko!

Jhené Aiko’s musical style has led herself to a successful career and huge popularity.