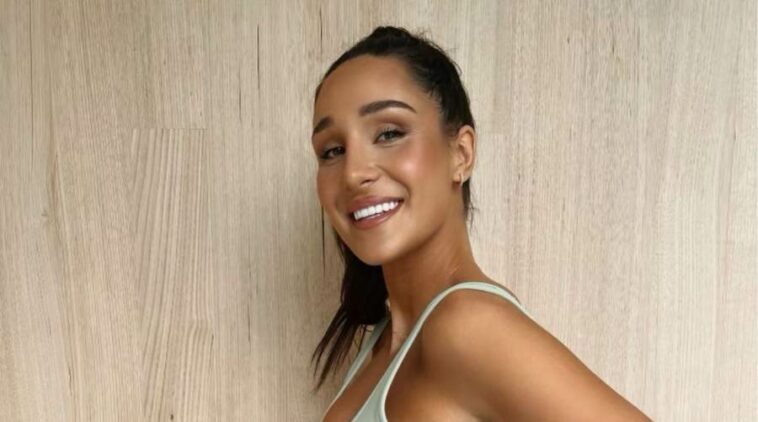 Kayla Itsines is an Australian personal trainer, YouTube star, and author. She is famous because she was named by TIME magazine as 30 most influential people on social media in 2016.

Kayla Itsines began her career by working at a women’s gym in Adelaide. While becoming a personal trainer, she also promoted her career through Instagram.

Through her Instagram, she shares the picture of her client before and after the workouts program she initiated.

She also launched fitness app Swear With Kayla in 2015. In 2016, she published her first book, The Bikini Body 28-Day Eating and Lifestyle Guide.

She published her second book The Bikini Body Motivation & Habits Guide in 2017.

She partnered with her long-time boyfriend, Tobias Pearce. She dated her boyfriend for quite a long time and the couple engaged in 2018.

They first met in a gym and fell in love at that time. Her boyfriend was studying to get a double degree in a personal trainer course and Law and Commerce.

The couple has been living together and they are blessed with a daughter, Arna Leia Pearce, who was born in 2019.

In 2022, she decided to split and remained as good friends and devoted parents to their daughter Arna. Kayla Itsines is currently single.

Kayla Itsines is a renowned name in fitness business. She is famous and earns a huge amount of money.

Her net worth is estimated at $63 million. She earns around $8 million per year from her business and royalty from her books.

“I hope that women all around the world feel encouraged and supported. I hope that through the photos and stories I share, they realise there is no perfect body, no right or wrong way to be, and that everyone is different and that’s okay.”

“I genuinely love chatting to and learning about the women who use my programs, so it’s never a bother.”

“Social media has been key to reaching so many women all around the world. Each country uses different social channels, so it’s important for me to be present and posting in different ways to reach as many people as possible.”

“One of my favourite tips for women at all points on their journey is to start small. If you don’t feel like going to the gym, just hop on the treadmill or a bike for 10 minutes.”

“Sometimes that first step is the hardest, but once you’ve taken it, you will find your stride.”

“It’s a common misconception that you need to work out for hours everyday to see results, and it’s also really hard to find time for anything more.”

“I encourage my clients to listen to their bodies. If you’re feeling really tired, schedule a rest day, if you feel like getting your blood pumping, try a HIIT session. Do what feels right for you.”

Kayla Itsines began hitting the gym for health reasons but found it enjoyable and made it her career and helping others women to get a healthy body.