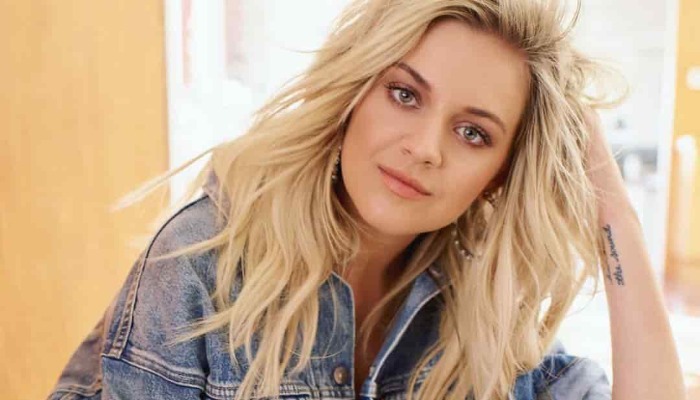 Kelsea Ballerini is an American singer and songwriter. She was famous after releasing her single album which got first place on the Billboard Country Airplay.

Growing up, Kelsea Ballerini performed in her church choir and led the worship. She also joined her school choir. When she was 19, she signed a contract with Black River Entertainment.

She eventually launched her debut single called Love Me Like You Mean It and made it the lead single on her first album.

Later in that year, she also released an EP with her own name as the title. In 2015, she released her first album called The First Time.

One of the singles, Peter Pan, peaked at #1 on the Hot Country Songs charts.

In 2017, Kelsea released Legends, the first single for her second album.

The album led her to get a nomination as Best Country Album from the Grammy Awards in 2019.

Throughout her career, Kelsea won many awards, such as Billboard Women in Music, Academy of Country Music Awards, and Billboard Music Awards.

Kelsea Ballerini first met Morgan Evans when she co-hosted an award in Australia back in 2016. After the first meeting, they began dating for a year and had a wedding in December 2017 in Cabo San Lucas, Mexico.

The marriage seems like a happy marriage with each other praising their partner. However, on August 29, 2022, Kelsea and Morgan announced their divorce.

Despite the seemingly happy marriage, they take their separate ways and still respect each other.

After the divorce, it takes couples months until Kelsea is caught in a dating rumor with actor Chase Stokes.

Through Instagram photos shared by Chase that were shared in January, 2023, they pretty much confirmed that they are dating with one of the photos showing them sharing a kiss during Tennesseee Volunteers home game.

Kelsea Ballerini’s net worth is around $6 million. As a singer, her main income was from songs she released. Her main income and salary is estimated at $40,000 with a yearly income salary reaching $0.5 million.

“There’s value in being a normal person”

“Being a songwriter is really the base of being an artist, for me”

“I’m so weird and quirky, and painfully awkward sometimes”

“I think that, as artist, all we can do is be who we are. I think that if we do that, then we’re automatically not anyone else.”

“I get to remind myself and other people to be yourself, to rock you who you are, and don’t worry about if it fits”

“I am such a girly girl, and I love not playing it safe. I’m so new to this world, so it’s fun to establish myself as a fashionista.”

“People send me song all the time that are literally no-brainer hits… but for me, I’m an artist because I’m a writer.”

“I’ve always been drawn to the message of ‘Be yourself. Love yourself.’ I need to be reminded of that all time.”

“I love when an artist can stand by themselves and play their guitar and hold a crowd, but I also lovebells and whistles”

“The fun thing about song writing is that it’s just creative. It can be whatever you want it to be. For me, I’m really protective of that. I’m not going to write something because I feel like it fits here or fits there – I just want to write music that feels good to me, you know?”

“For a long time, because I’m pretty tall, I was scared to wear heels, but now I wear them all the time. I feel like I’m still discovering my stage style, but I love – well, I’m not a huge color person onstage, but I am in real life. I like short stuff, big heels, fringe, lots of fringe, sometimes sparkle, yeah!”

2. A flying kiss from Kelsea Ballerini!

5. Kelsea poses with her lovely dog

Kelsea Ballerini brings the brightest lights in the country music with her songs. No wonder she won many awards and has millions of fans.