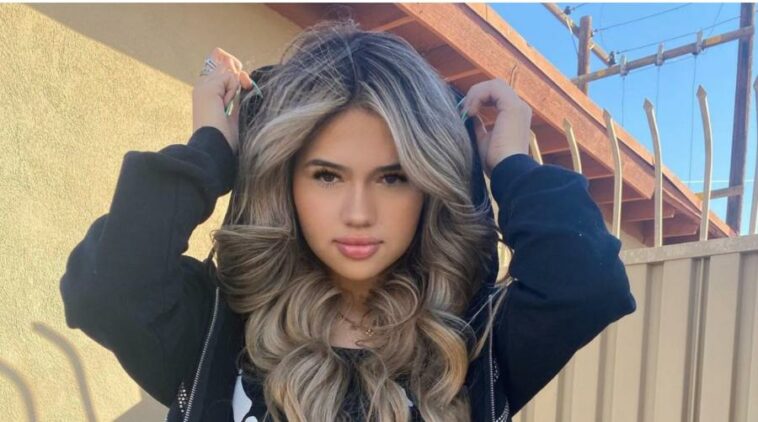 Khia Lopez is American model. She was famous because she was modeling since childhood and because of her parents, James Lopez and Tiffany Palladine, who both worked in the entertainment industry.

Khia Lopez began her modeling career early when she was young. She is a fashion model from the famous The Weekend Wardrobe modeling agency.

She is also a blogger for We’re So Fancy channel on YouTube, which is partly owned by her mother.

She is quite popular on social media and she joined Instagram in 2014 when she was just 10 years old.

Her pictures on Instagram got noticed by fashion enthusiasts and it helped her to gain more followers. She used her Instagram, which was also monitored by her mother, for good use.

In her Instagram account, she advertises and models different clothing lines such as Popular Poison, Cynbella, Moderne Child, and Izzy Be Clothing.

In 2015, she competed in the USA Spirit Cheer competition but failed to make it to the finals.

In 2017, she had the opportunity to walk at the LA Fashion Week as one of the models. That year, she also modeled for Rock Your Hair Company.

There’s no record of her previous dating history. As for now, she dated a non-celebrity Cristian Dior, with whom she shared her photos together in her account.

Khia Lopez makes a decent amount of money from modeling. Her net worth is around $1 million.

Aside from modeling, she also gets her money from brand endorsements, vlogging and blogging, or from runway contracts.

“There’s so many things you can do on your phone”

“Everyone is pretty in their own way”

Khia Lopez dreams of becoming Victoria Secret model. Her dream kept aspired her to become a model even at an early age when she was young.