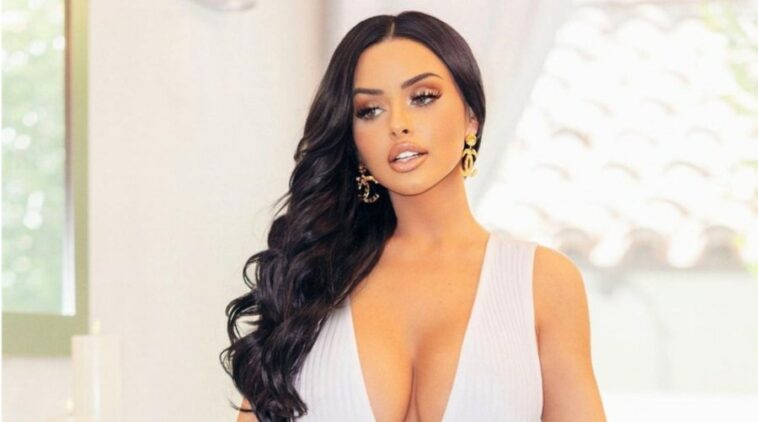 Abigail Ratchford is an American model and actress. She became an internet sensation in 2013 when she posted her picture showing up her curvaceous body.

Abigail Ratchford began her career as a model in 2013 by uploading her photos to her Facebook page. She attracted people through her post.

In 2014, she decided to fly to Los Angeles to pursue a more serious career in modeling. When she was 21, she participated in Miss Pennsylvania.

Apart from her career in modeling, she also became an actress and appeared in the Access Hollywood and in the documentary The Making of Achawaii48.

Abigail Ratchford enjoyed her relationship and involvement with several men before deciding to go solo and enjoy her solo life.

Abigail Ratchford dated a DJ, Jamie Lovine, from 2014 to 2015. They became the hot couple in town but eventually broke up after a year together.

Abigail Ratchford has sparked rumor about him dating Klay Thompson, an NBA star, after posting about Thompson’s dog, Rocco on her Instagram.

When she shared a picture of his bedroom, people couldn’t stop speculating about their dating. But this rumor was shut down by Thompson who said that they were not dating.

Abigail Ratchford has been modeling since 2013. With the long years in showbiz, she could accumulate wealthy sums of money.

She also gained money for endorsements on her social media. For and Ad on her Instagram, she got $6,000 per post.

“I have learned to understand my audience and my fans. They really like selfies because it’s a more intimate and personal view into my life.”

“It’s key to knowing your audience. Mixing between shoots, working with different photographers and selfies keeps it interesting and helps you to not become one dimensional”

“Everyone who has a big following knows that with that comes a lot of haters, trolls and people who love to be negative. The key is to not give them any reaction. I usually block them and delete their comment and engage in conversation with positive followers to keep the vibe upbeat and respectful.”

“I can’t emphasise enough the importance of washing your face before you go to bed every night, exfoliate once a week, wear sunscreen always, no matter what climate you’re in.”

“Unless I’m working that day I try to not apply makeup every day.”

Abigail Ratchford has been modeling for several men’s magazines. She keeps her body in shape by exercising and balancing her diet.