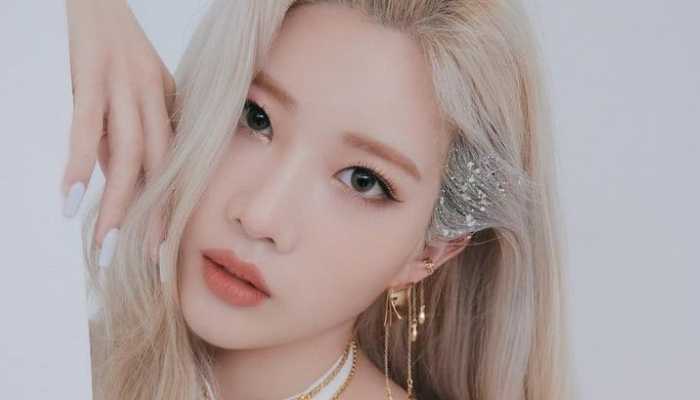 Kim Lip first started her journey to be a K-Pop idol when she became a part of a dance class when she was just in the 6th grade.

After she took a dance class, she fell in love with the world of dancing and also singing.

Several years later, she attended a lot of agencies’ auditions, but unfortunately, she didn’t pass it.

One day, in 2016, she received an Instagram message from BlockBerry Creative that offered her to do an audition here.

Kim Lip finally then made her success by passing the audition. After a year of training, she finally became a LOONA member and was announced on 15th May 2017.

She then made a release of Kim Lip, the 1st solo single-album of her on 23th May 2017. In the same year, she also became an actress for a web drama called Woommanna.

She became a part of LOONA’s second sub-unit, ODD EYE CIRCLE in February 2018 with Choerry and Jinsoul.

In the same year, she finally made her official debut as LOONA’s member by releasing the first mini-album called [+ +].

2. Her blonde hair is amazing

3. Kim Lip is the hottes goddess

5. A perfect outfit for a perfect diva

LOONA’s Kim Lip is not just attractive, beautiful, and talented. She also has the big courage to pursue her dreams to be an idol.

Without her strong energy, we can’t see her currently. Thumbs up for our big girl!