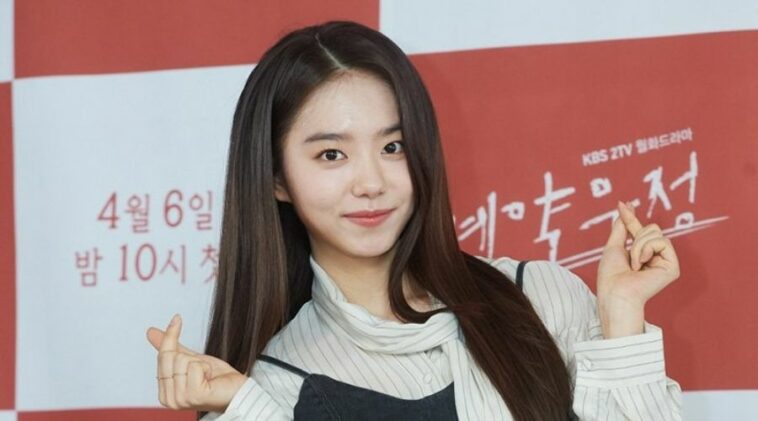 Kim So Hye already decided to be a professional actress after she joined her agency, Redline Entertainment, to be trained as an actress.

She then appeared for the first time in the movie industry for a film called The Flatterer as a cameo.

But no longer after she did his acting training several times, So Hye tried to venture her wings into the idol industry in 2016, when she joined Produce 101 as a contestant.

So Hye has a strong acting background and didn’t have any experience in dancing and singing, so she struggled a lot during the show.

But at the end of the show, this “penguin lover” still won everybody’s heart by getting in the winning team, I.O.I.

After doing a lot of promotions with I.O.I, So Hye then came back to her agency to continue her acting training. In June 2016, she also built her own entertainment label, S&P Entertainment.

After I.O.I officially disbanded on January 29th, 2017. So Hye appeared as a cameo in Queen of the Ring. In the same year, she also got her first main role in a web drama titled Poetry Story and also Unexpected Heroes.

In 2018, So Hye starred again in two TV series, Society Obsessed with Love and Ambergis.

This Cancer actress continued his acting career by appearing in two movies in 2019, Moonlit Winter and Bank of Seoul. In that year, she also starred in Best Chicken.

Kim So Hye is one of the most hard-working actresses in the drama industry. No wonder, she keeps gaining her fans as time passes by.