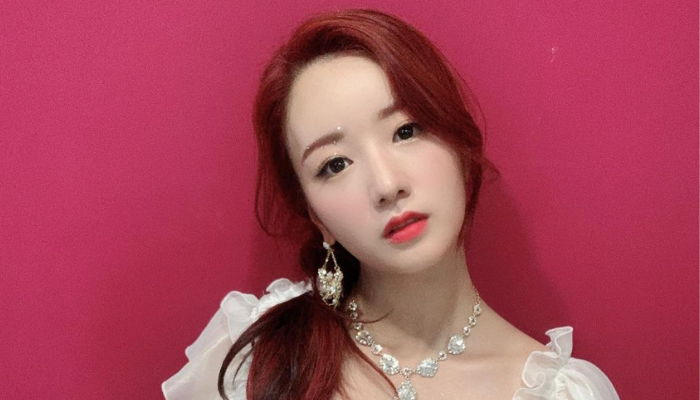 Yoon Bo Mi or known as Bomi started her career as a female K-pop idol in 2011.

In that year, she was introduced as a member of Apink through Apink News, a reality show program for the girl group. In the program, other members were also introduced.

Her first stage debut was her debut with Apink on Mnet’s M! Countdown. On the debut stage, they performed Wishlist and Mollayo, which are the main tracks on the Seven Springs EP.

Before her career in the entertainment world soared, she was a high school student who loved music and sports. She attended Youngshin Girls High School and Korean Arts High School.

Her solo career is not only in the music field. Bomi is known as one of the members who is also talented in acting. She appeared in Reply 1997 (2012) with Chorong as a cameo.

Two years after debuting with Apink, she began to spread her solo charm. She was featured in K-Hunter’s 2013 music video for single Marry Me as well as M.I.B’s Let’s Talk About You.

In 2015, she even participated in the release of David Oh’s song I Know, I Know, which at that time had just debuted.

In the acting world, finally she got the main role in the web drama Oppa Will Date Instead in 2020.

1. Bomi looks like a beautiful cottage girl in this photo

3. She also can look hot

Not just talented in singing, dancing, and acting, She is also well-known for her great skill in sport. She is so awesome, right?