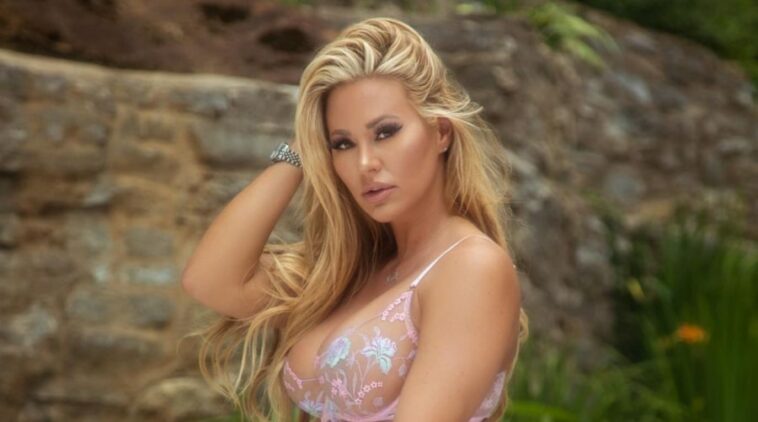 Kindly Myers is an American model, Instagram star, and OnlyFans star, who has served in the Army National Guard.

She was famous on social media because of her glamorous body and her appearance in various men’s magazines.

Kindly Myers taking several jobs after completing her high school education. She has worked as a sales in the hospitality industry.

She also takes a chance and worked as a customer service at Walmart and sales for Abercrombie and Fitch.

She then joined the military and enrolled in the Army National Guard. While in the army, she received proper training at handling equipment including guns and ammunition.

She served in the Army National Guard for four years before her military service exit.

Upon finishing service in the military, she pursuing a career in modeling. Her name rose through Vine app, which she used in 2012.

She made a name for herself and her fame came across on other social media like Instagram. She also models for several men’s magazines such as Maxim, and FHM.

Her appearance at the magazine helped her gain more publication. She later makes it to the cover of Joker magazine.

In 2018, she features as one of the playmates in Playboy magazine.

Kindly Myers is in a long term relationship. Her boyfriend is Harrison Yonts. They’ve been dating for quite a long time and are still going strong.

Before working as a model, she had several jobs like customer service, sales, and also worked in the military.

But it’s undeniable that working as a model and social media personality could increase her net worth rapidly.

Her net worth is around $3 million. She got her wealth from modeling, endorsements, TikTok, or from others job-related.

“I’ve always wanted to model, growing up it didn’t seem practical. One day I just decided not to let anyone or anything tell me I couldn’t at least try.”

“I also have a dog and a horse they take up most of my free time.”

“I know that I am a strong woman who is capable of anything.”

“I am lucky to have a family that supports everything I do, also, my fans are pretty amazing”

“My best advice is to believe in yourself. And only do what you’re comfortable doing. You’re in charge.”

“Eat right, get plenty of sleep, and stay active.”

Kindly Myers served in the army and learned about herself while serving. After she finished her duty, she pursued a career in modeling and gained fame.