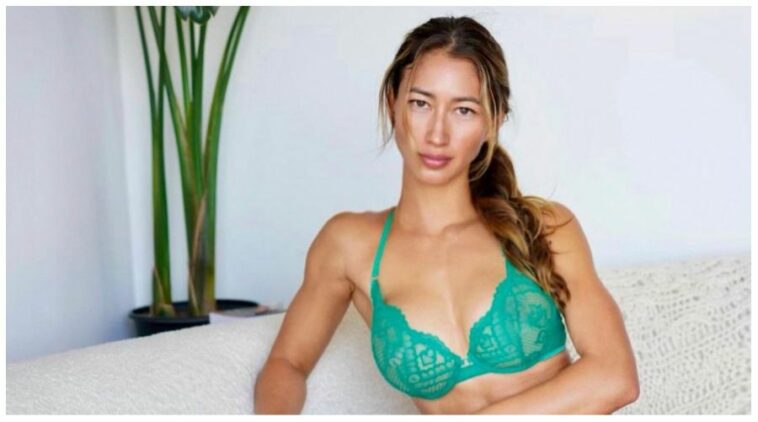 Karina Elle is American model. She was famous because she won bikini competitions. Mainstream media even named her as 2014’s most wanted fitness model.

Karina Elle has been athletic since she was young. When she was 14, she became a cheerleader and cross country sprinter in her school.

When she was in high school, her skill was exceptional compared to other Florida cross-country sprinter.

Her modeling career began after her encounter with professional photographer and IFBB bikini pro Ana Delia when she was 16.

After graduating secondary school, she worked as a fitness instructor. That job was the thing that inspired her to make a career out of fitness.

She reached the hall of fame after winning the competition, moreover, with her posting her picture on social media, she can attract fans all around the world.

She then modeled for several magazines and appeared in a TV commercial for a minor role.

Karina Elle dated YouTube star and bodybuilder Calum Von Moger in 2018. They stayed until the middle of the year before they parted ways. Before their break-up, they often shared pictures of them chilling in the pool.

Karina Elle and Philippe Leblond relationship began when Leblond posted on his Instagram that she takes Elle on a date in 2019. In 2020, she posted again that said he and Elle had been together for a year before they parted ways.

She is now enjoying her life as a single woman.

Her net worth is estimated at $1 million. Her wealth mostly comes from her modeling, and endorsements on social media.

“As I’ve got older, I’ve used fitness as an outlet. It’s when I feel most alive, most myself, and most peace.”

“I love showing women that fit is fierce”

“No better feeling than being strong and capable”

“Nothing like a friendly rivalry to make training more fun”

“Running is my coffee. Don’t talk to me until after my run”

“My mantra is to do something active every day because of the high that makes me feel.”

“Don’t count calorie. I believe in portion control, cooking for myself, and eating simple ingredient like potatoes, chicken, broccoli, avocados, and eggs”

“I don’t work out only for aesthetics”

“No matter what, even the most perfect person has an insecurity about body image”

Karina Elle found herself in love with fitness and decided to desert her modeling career to become a bodybuilder.