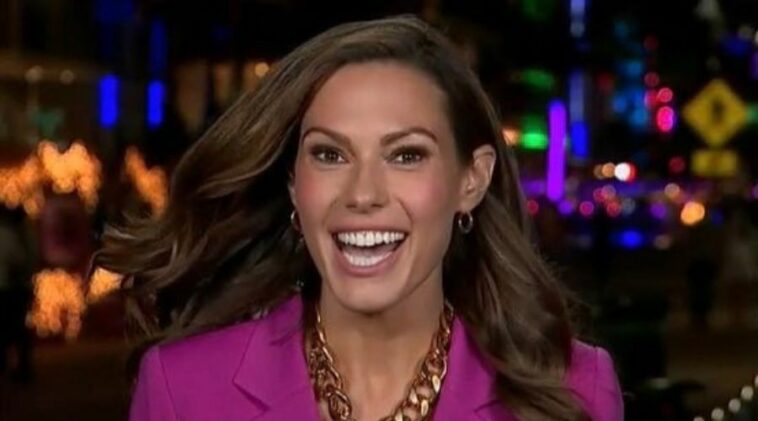 Lisa Boothe is one of the notable political commentators and TV personalities out there. Besides, she is also a journalist who loves to spread the actual news, especially about politics.

She always puts professionalism in her career so well, no wonder her career becomes more successful than before.

Initially, the dream career of Lisa Boothe was so far away from being a journalist or TV personality. Because she has been surrounded by her brothers, her original dream was to be an athlete.

Since she was just a little girl, her brothers would request her to play hockey and lacrosse with them. Because of this influence, she slowly gained a passion to be a professional hockey athlete.

Lisa was quite shining brightly when she played hockey, lacrosse, and any sports field. Her skills and talents also developed very well.

But unfortunately, at some point, she got injured and consequently, she decided to switch her passion to another direction.

Another interest that she had in mind was journalism and politics. After considering some factors, Lisa then decided to pursue a degree in politics.

Lisa spent some years at her university and later successfully graduated in 2007. One year after she graduated, she finally landed a career as a journalist in January 2008.

Her first job as a fresh graduate was becoming a staff assistant for the United States House of Representatives.

That job lasted until July 2009, and she later changed her career to an assistant press secretary for the National Republican Congressional Committee.

Three years later, Lisa was then trusted by Sandy Adams to be a communication director for Congress Campaign, from May 2012 to September 2012.

She later joined Tommy Thompson for 3 months after her job for Congress Campaign was done as a communications director.

Lisa didn’t stop there. She even worked as a communications director for some political leaders in 2013, such as Congresswoman Sandy Adams, Congressman Mark Meadows, and Congresswoman Shelly Moore Capito.

At the end of the year, a Virginia organization, Black Rock Group, appointed Lisa as the senior director of the organization.

After two years leading the organization, Lisa then left in August 2015 and joined Washington as the vice president of political polling and public affairs research.

She surely wanted to expand her career in many fields. So, in 2016, she joined Fox News Channel as a journalist.

During her time pursuing a career as a journalist, many people admired her hard-working nature, intelligence, and professionalism.

Later, she then made her organization, High Noon Strategies, and got a position as the founder and president of the organization.

High Noon Strategies is an organization that was founded in January 2016 and is dedicated to winning political and policy fights.

Lisa then focuses on managing her own organization and as a contributor for Fox News Channel.

“The Democratic Party and those on the left have been so focused on dividing Americans and putting people into categories and various buckets, and it’s to the detriment of focusing on the issues every American cares about, like jobs and rebuilding the economy.”

“Imagine thinking you are fighting fascism by silencing your political opponents.”

“I wrote about why I’m not getting vaccinated, how we were lied to about the vaccines, and why mandates don’t make sense.”

“I think Hillary Clinton needs to spend more time in the woods because clearly she hasn’t moved past the election.”

“The reality is the media is not going to cover anything positive that President Trump is going.”

“Projection. Nearly half of Democrats wanted to put unvaccinated people like me in a gov’t facility. They are arresting political opponents. Choose wisely on Nov. 8th!”

“Democrats are the party of hate speech, political violence, and election denying.”

“I just proudly voted for Ron DeSantis and Republicans down the ballot. They have earned our votes in FL! Keep Florida Free and vote red!”

“Kudos to the Republican Party of Miami for putting in the work.”

Lisa Boothe is an inspirational journalist and political commentator. She is never afraid to speak her mind and opinion about politics.