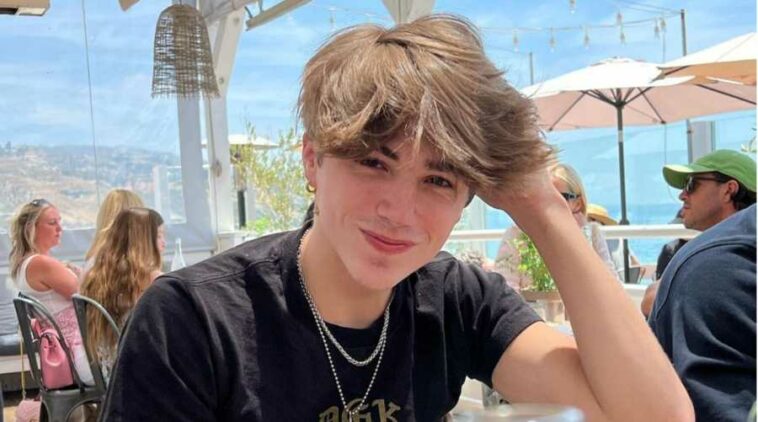 Bryce Parker is an American TikTok Star. He is famous because of his content which he did dance, do comedy, as well as share POV.

Bryce Parker has been active on social media since he was young and makes good use of it. He began his career as a TikTok star by posting different lip sync videos on the app.

He was then uploading trending comedy and dance videos which led him to his fame. He has diverse content including comedy, dance, and POV.

He also an Instagram celebrity and frequently posting movie recording or creative video cuts in his social media.

His rising fame on social media brings him to be a face of various brands for sports or fashion.

His rising as a face of the several brands thanks to his label Vivid House, a social media content creator’s group.

In the past, he dated fellow Instagram star and TikTok star, Rachel Brockman. The couple has been sharing captivating photos on each other’s social media.

Thought they frequently shared photos together and in each other’s videos, but they didn’t disclose the reason for their break-up.

Bryce Parker’s net worth is estimated at around $1 million. He gained his wealth from his primary income as a TikTok Star. He also earns his wealth from endorsement, promotion, and brands deals.

“I grew up in a generation where developing a fanbase was easier than ever and I really wanted that to be me.”

“Not to sound superficial, but the best part is totally the impact you can make on a person. Realizing how people want to take time out of their day to engage with my social media is insane.”

“I read through my DM’s and people type out the impact I have on their life, that is special to me.”

“The fact that people around the world would make the decision to keep up with someone’s content was fascinating to me.”

“Polar opposite to life in LA where everything is done on such a grand scale, it’s nice to experience both ends.”

“There are so many perks of being in the social media space, but definitely some drawbacks too. The most obvious one is the backlash and hate that a creator can face for making a small mistake on social media.”

Bryce Parker dived into social media at a young age. He got the popularity he dreamt of and loved how it could impact his followers.