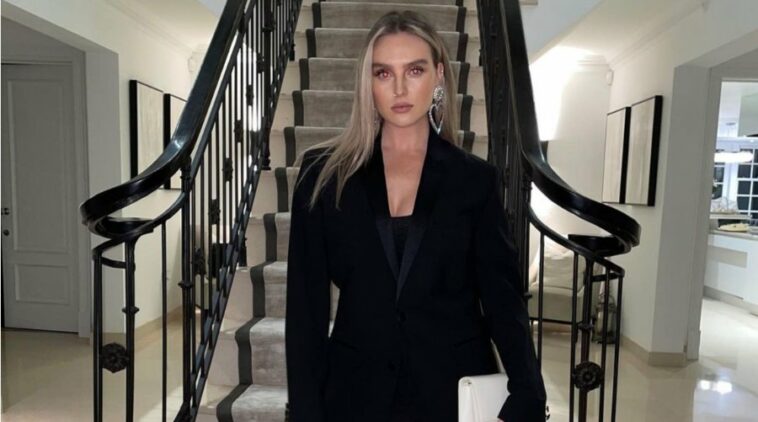 She auditioned for X-Factor in 2011 and in a bootcamp challenge, she placed in four groups called Faux Pas along with Jesy Nelson.

Even though her group failed to progress, the judge decided to bring back her, Jesy Nelson, Leigh-Anne Pinnock, and Jade Thirwall and form a group of four.

After being mentored by Tulisa Contostavlos, in 2011, they announced that the group would be called Little Mix and announced as winners of X-Factor.

She was born with oesophageal atresia and it made a bisectional scar on her stomach. During the recording of the group’s debut album, she had to undergo surgery to remove her inflamed tonsils.

Perrie Edwards and Zayn Malik began dating in 2012. Their relationship was quite serious they decided to get engaged in 2013.

After breaking up with Zayn, Perrie was rumored to be dating model Leon King in 2015. They were spotted walking together at London’s Winter Wonderland.

However, the relationship went unconfirmed as Leon also shared an odd tweet about Perrie.

In 2016, Perrie dated actor Luke Pasqualino but the relationship only lasted for months. She said that the problem that was hard to resolve was the lack of connection between them.

Perrie Edwards began dating footballer Alex Oxlade-Chamberlain in 2016. However, they kept quiet about their relationship and did not disclose it to the public until 2017.

Since they went public in 2017, they always seem lovey dovey and Perrie has been spotted several times supporting her boyfriends in football games.

In 2021, they were announced that they were expecting their first child.

Perrie Edwards’s net worth is around $50 million. Her main income was from her songs. She earns $0.2 million monthly and per year, her estimated income was $4 million.

“Just be yourself, be confident. Try and stand out – but in a good way. Stand out for being yourself other then wearing like a chicken suit or something.”

“I was always the one at school nobody fancied and I’ve only ever had one proper relationship.”

“Hating someone is like burning down your own house to get rid of a rat. Invest your energy into something more worthwhile.”

“Being in a girl group, we might bicker a lot about hair dryers or straighteners, but it’s never serious. We’ve been lucky that we get along so much, it’s like having three other sisters to party with every day-it’s fun!”

“I love like the 80s look – 80s and early 90s, like the high-waisted jeans and the crop tops, and the floral prints, and flowers and stuff like that. Big baggy jumpers… yeah, stuff like that.”

“Just be nice to other girls because as a force we are a whole lot stronger when we stick together.”

“Just have fun and take every bit of experience that you can.”

Perrie Edwards was the contestant on X-Factor British and won the competition. She was in a group called Little Mix and continuously became co-writer for the group.