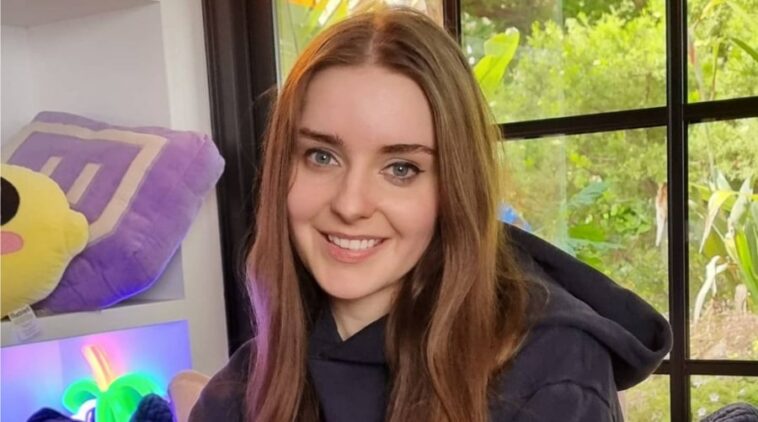 Before Loserfruit began streaming full-time on Twitch, she worked as an intern at the Australian Broadcasting Corporation.

To begin her streaming career, she started streaming League of Legends on May 4, 2013.

As she went on exploring other games like Call of Duty (COD), Overwatch, and Fortnite, her popularity went on increasing.

By 2017, she became an internet sensation and got globally recognized for her comic punch-lines on her streams and her gaming skills.

After gaming superstar Ninja, she became the second content-creator to have her exclusive skin in the game Fortnite, which is known as ‘Loserfruit Cosmetic and Bundle’.

She is also a member of ‘Click Crew’, a famous gaming group which consists of internet personalities like LazarBeam, Crayator, Muselk, and Marcus.

She has a second channel called ‘Lufu’, where she posts about traveling, pranks, and living in the Click House, owned by the group.

In 2020, she launched her own Podcast titled ‘All In’ on her YouTube channel, which she hosts alongside her fellow content creator Crayate.

Loserfruit even announced of becoming an official athlete for the company ‘GymShark’ which sells athletic clothing and partners with influencers.

On the Glitch Productions Web-series Meta Runner, she featured as a voice actor. On her official website, Loserfruit sells her merchandise.

Loselrfruit is currently dating a guy named Marcus. She and fellow YouTuber Marcus, aka Prestige Clips, began dating one another in 2017.

Her net worth is estimated to be $1 million. Her wealth is earned from Twitch subscriptions, she earns a living from donations, her merchandise, ad revenue, sponsorships and revenue from her YouTube channel.

Loselrfruit has become a popular Twitch streamer that has millions of followers across platforms, such as YouTube, Twitch and Instagram.