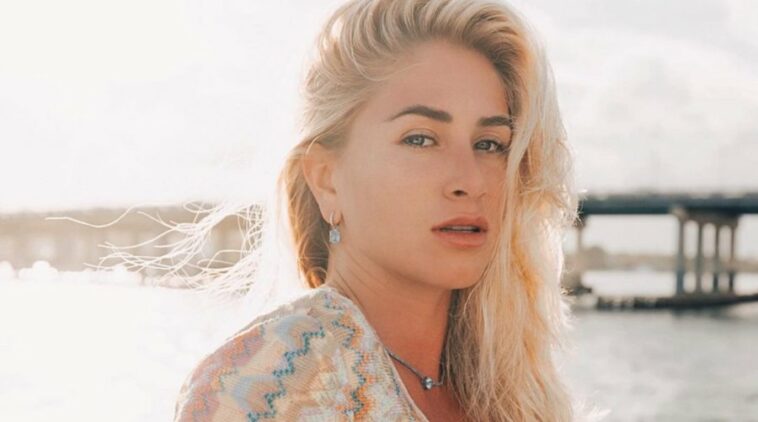 Maria Zulay Salaues is a Bolivian model. She was famous as a model, but getting more attention because of her status as the wife of professional footballer, Paul Pogba.

Maria Zulay Salaues attended University of Bolivia and majored in Business Administration. But she couldn’t graduate from college as she chose to pursue her career in modeling.

She moved to the United States for her modeling career. In 2012, she was crowned Miss Expobelleza.

She has collaborated with Ipanema Sandals Company and promotes it through her social media.

Not only a model, she also worked as a real estate agent for a private company. Other than that, she also has a job as an interior designer.

She attracted people’s attention as she wed footballer Paul Pogba. They got married in 2019 and had two sons.

Maria and Paul Pogba first met when Pogba in Hamstring, while recovering from his injury. At that time, Manchester United had a pre-season in the US.

While they were in a relationship, Maria went to Manchester several times to visit Pogba. She couldn’t stay with him because she should stay in Miami for her modeling career.

Though the relationship was well known by the public, both of them kept their relationship private and only posted several photos of them.

The couple had intimate wedding in 2019 and from the marriage, they had two sons.

Maria Zulay Salaues’s net worth is around $1 million. Her main income was comes from modeling and sponsorship as she also have a deals with many brands.

Though Maria Zulay Salaues is known for her openness and often showing her activity through social media, she rarely goes on to media or doing interviews, especially whenever it comes about her marriage.

Maria Zulay Salaues was a model before she met Paul Pogba. She studied Business Administration at University of Bolivia but couldn’t finish the degree as she chose to pursue a career in modeling.