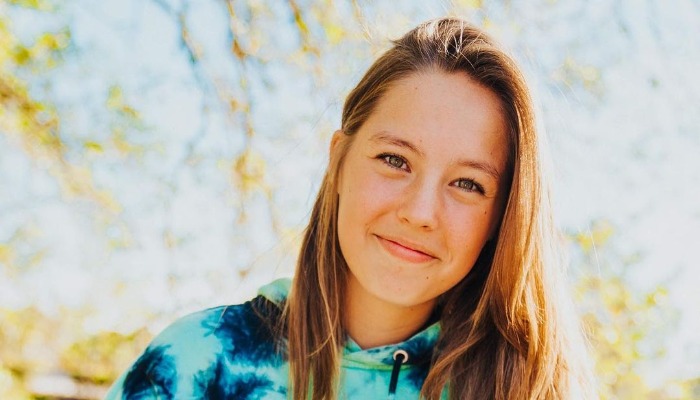 Peyton Coffee became famous due to his father, Jason Coffee, being a TikTok star. She often gets featured by her father on his social media videos, along with his brother Caleb.

As her father gained popularity, her friends encouraged her to pursue social media career too.

She agreed and started with the online sharing platform Vine. When the app was shut down, Peyton had gained 60,000 followers.

She also made a YouTube channel with her own name. She once did Slime and DIY videos also gained more than 50,000 subscribers.

This Internet personality is also active on Instagram. In July 2020, she got a blue verification label from Instagram.

Peyton has collaborated with several Internet stars including Aaron Doh and Cash Baker. In some Instagram posts, she also was endorsed various brands in apparel and nail arts.

2. Her bun hairstyle is messy yet stylish

3. The purple highlight on her hair is stunning

4. She juxtaposes her dress with high boots

5. Even with simple makeup, Peyton is pretty already

Peyton Coffee’s humor resembling her father makes people interested in her. Her millions followers across platforms prove it.