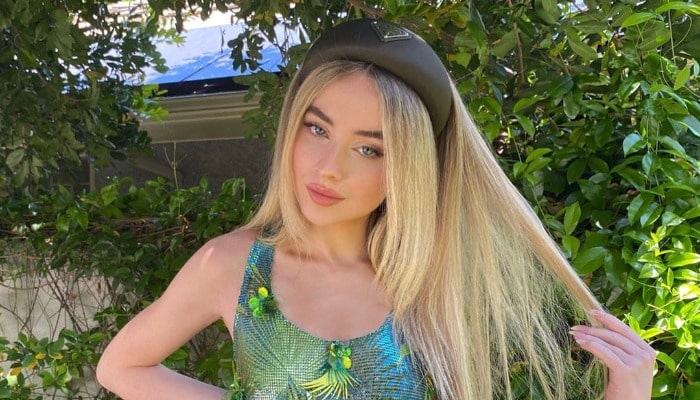 Sabrina Carpenter began her career when she got a guest role in Law & Order: Special Victims Unit in 2011.

In 2013, she took a role in Horns and performed one of the songs on Disney Fairies: Faith, Trust, and Pixie Dust.

She was also the cast in Disney series titled Girl Meets World. She started becoming Princess Vivian’s voice for Sofia the First in the same year.

She eventually released her debut song Can’t Blame a Girl for Trying with Hollywood Records in 2014.

She continued contributing to Disney’s works, like starring in Further Adventures in Babysitting and creating a cover version of Do You Want to Build a Snowman.

In 2015, she published Eyes Wide Open, her initial album. This album led her to win Radio Disney Music Award for Best Crush Song.

Then, she took a role in a movie based on a popular novel, The Hate U Give. In 2018, Sabrina made her Broadway debut in Mean Girls as Cady Haron.

1. The black dress is great on her

2. A mirror selfie from her!

4. She looks cute with the braided hair

5. The satin corset goes along with the furry jacket

Sabrina Carpenter is a young and potential actress. She has made her way to sparkling fame!