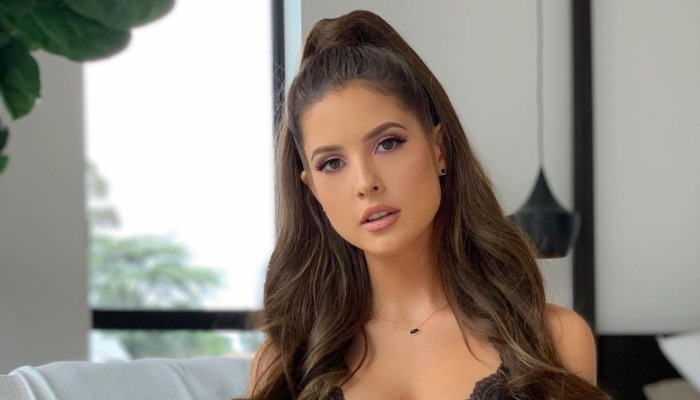 Amanda Cerny started her modeling debut when she was 15. It was Kelly Carrington, the Miss October 2008 of Playboy, who convinced her to join Playboy magazine.

Becoming Playboy Playmate in 2011 was her quantum leap.

After that, she continued her professional career as a model. She often was chosen to pose for glamour photography.

She was also known for her videos on Vine. She was often featured with other Vine stars, including Lele Pons and Rudy Mancuso.

In October 2011, she joined YouTube as the previous video platform was shut down.

She instantly gained popularity by posting hilarious and workout videos. There, Amanda also posted about her personal life.

She made her film debut in 2016 for a comedy film named The Bet. In the same year, Cerny also took a role in the TV show Adam DeVine’s House Party.

Throughout her career, she has collaborated with famous brands, such as Beats by Dre, Marc Jacobs, and Nike. She also became the face of Guess in 2018 and its Spring campaign model.

1. Stay at home with Amanda Cerny

2. The pink pastel dress looks great on her

5. Amanda wears a hijab during her visit to Abu Dhabi

Amanda Cerny has many talents. She becomes a lady boss, actress, and model. What else is she going to do?