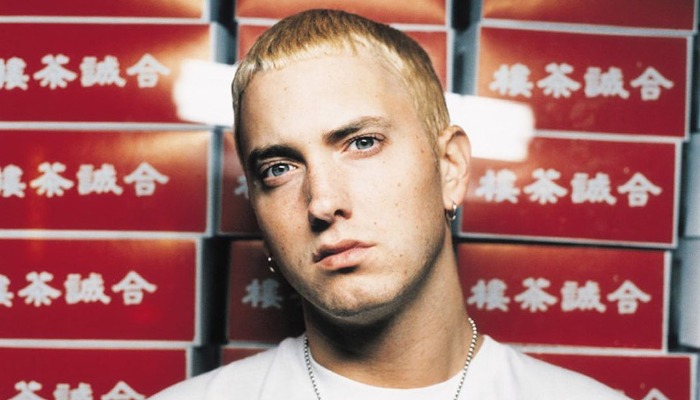 Eminem started his career in 1988 when he formed a group named New Jacks with DJ Butter Fingers.

He continued working with Dr. Dre and launched The Slim Shady LP in 1999. The album got three certifications from the Recording Industry Association of America (RIAA).

My Name Is, one of the singles in that album, also led him to his first Grammy Awards for Best Rap Solo Performance.

The next year, he released his third album titled The Marshall Mathers LP. It was sold 1.76 million copies in the first week.

His fourth album, The Eminem Show, even got more success. It was sold 27 million copies around the world.

His works went on getting recognition worldwide. A number of reputable awards had been attained, such as Billboard Music Awards and MTV Video Music Awards.

Rolling Stone magazine even named him as one of the 100 Greatest Artists of All Time.

1. Eminem or Superman? We stan Eminem!

2. He wears an all-black outfit for his performance

3. His eyes are mesmerizing!

5. What do you think of Eminem in a suit?

At the beginning of his career, Eminem was struggling. However, he then becomes the award-winning and best-selling rapper.