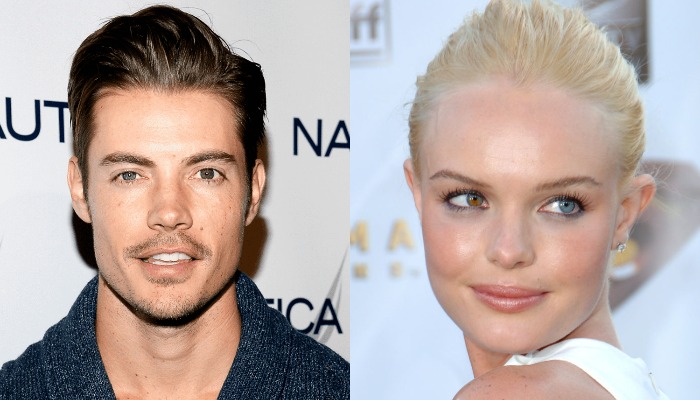 It has a very close relation with a pigment which called melanin. It also can happen due to many reasons.

Moreover, some Hollywood stars also have this unique type of eyes. They have various kinds of eye color that we will see one by one.

So, let’s check 9 celebrities with their mismatch, but gorgeous and wonderful.

Read more: Home Alone, 9 Now And Then Pics From The Cast

1. Alice Eve looks awesome with her eyes. You can clearly see that she has blue and green color of her eyes

2. Christopher Walken, a famous actor has two beautiful colored-eyes. They are green and hazel

3. It must be very clear to see that David Bowie has two different colors of his eyes. It happens because he ever fought with the other person

4. An American actress, Demi Moore has hazel and green colors in her eyes which looks awesome

5. Elizabeth Berkley also has Heterochromia. She has beautiful green and hazel eyes

6. Josh Henderson looks cool with his two colored-eyes. His left eye is green and the right one is blue

7. Kate Bosworth, an actress who plays in Blue Crush. Many people love her eyes, which have different color, blue and hazel

8. Mila Kunis is the most well-known actress who has Heterochromia. She has it because of the operation which she has done

9. You should be familiar with Simon Pegg, a Co-star in Mission Impossible movies. He also has different colored eyes

Those all 9 celebrities who have two tone for their eyes. Have you noticed before about some people around you who have the same condition with those Hollywood stars above?