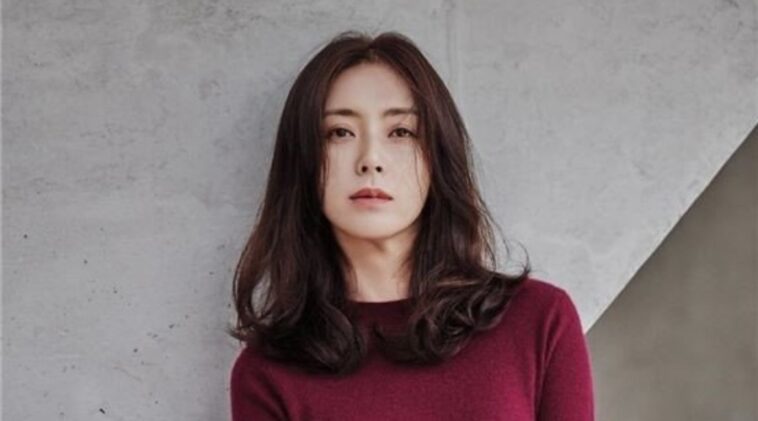 Song Yoon Ah first started her career as a model. She was recommended to join a modeling agency.

In 1995, she won the KBS Super Talent Contest. This marked her beginning in the entertainment industry.

Still in 1995, the model made her debut in acting. She starred in the TV series Age of Individuality. She also had her big screen debut in the 1997 film 1818.

Yoon Ah rose into fame around 1998. At the time, she got a role in the TV series Mister Q. Her performance as the antagonist was praised by the public.

The drama became a hit and helped open up many more opportunities for her.

Over the next few years, this actress continued to star in various series. Some of her most notable works can be found in Paper Crane (1998), The Boss (1999), and also Hotelier (2001).

In 2002, she also began to find success in film. She starred in the hit film Jail Breakers.

3. She is rocking this simple style

4. Interesting pose by the model

5. Yoon Ah is killing it in this outfit

Song Yoon Ah is one of the top actress in the industry. Her amazing talent has brought her many deserved successes.