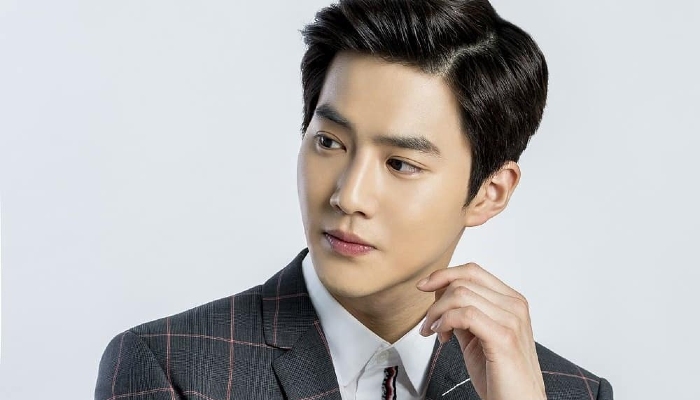 Suho has been dreaming of becoming a singer since elementary school. He was discovered on the street when he was just 16 years old.

He joined SM Entertainment as trainee after passing their Casting System in 2006.

The man from Seoul got introduced as the tenth member of boyband EXO in 2012. He is the leader of EXO-K, a sub-unit operating in the Koreans music industry.

Shortly after, he made his debut with the group by releasing the EP Mama.

Other than being active with EXO, Suho also has his own projects. He collaborated with fellow member Chen to release a duet titled Beautiful Accident. It was part of the Beautiful Accident OST, released in 2017.

He’s also involved in TV series The Universe’s Star (2017). Other than releasing an original soundtrack Starlight for the series, he’s also been given the lead role.

This Gemini man played Woo-Joo, a gifted singer-songwriter in the drama.

On March 2020, Suho officially made his debut as solo artist. He released his solo EP Self-Potrait with Let’s Love as the lead single.

The EP was well received and debuted on top of Gaon Album Chart. This Kpop Idol then got enlisted for mandatory military service on May 14, 2020.

1. Suho with a bit of old-fashioned style

2. He can pull off any colors, including this soft pink one

3. Enjoying his summer day under the sun

4. He looks so soft and sweet in this picture

5. You can never go wrong with a classy blue suit

Suho is truly a reliable leader for EXO. It’s exciting to see more of his talent, whether with EXO or on solo projects.