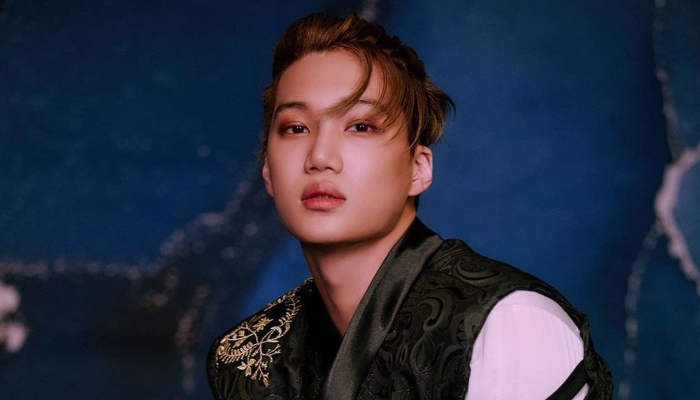 Kai started dancing when he was just eight years old. He got inspired to learn ballet after watching The Nutcracker.

In 2007, when 13 years old participated in SM Youth Best Contest.

He managed to win as Best Dancer and joined SM Entertainment. During his time as trainee, he developed his skills in hip hop, popping, and locking.

This Capricorn man was presented as member of new boyband EXO in 2011. He is the first member to be introduced to the public.

Prior to EXO’s debut, Kai made an appearance in SBS’s Gayo Daejun event. It was his first ever televised performance, taken place in December 2011.

He officially had his debut with EXO in 2012 with the release of EP Mama. Back then, EXO was divided into two sub-units: EXO-K and EXO-M.

Kai was part of EXO-K, promoting the album to the Korean market. The EP managed to reach number 1 on Gaon Album Chart and number 8 on Billboard World Albums Chart.

With EXO, the man born in 1994 continues to reach new height of success. The group got international recognition after performing at the 2018 Winter Olympics closing ceremony.

Kai had a solo stage where he got to show off his dancing skills.

Following this, EXO released Don’t Mess Up My Tempo on November 2018. The album reached number 23 on Billboard 200 and number 1 on World Albums Billboard Chart.

It was EXO’s fastest selling album to sold over 1 million copies before being overtaken by their 2021 released Don’t Fight The Feeling.

Other than being active in EXO, Kai is also part of Kpop Supergroup called SuperM. They debuted in October 2019 with EP SuperM.

It was really well received and reached number 3 on Gaon Album Chart and top the Billboard 200 chart.

He started his solo career in 2020. He released the album KAI (开) in November. It was released along with single Mmmh and 5 other tracks.

2. The clash of colors somehow works on him

3. He can also pull off a fun-funky look

4. Looking cool with his hair pushed back

Kai has grown so much as an artist. From a talented dancer, to a full-packaged idol in no time.