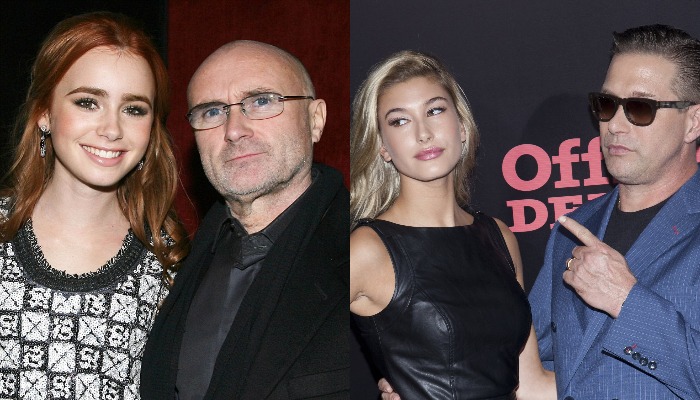 Most children have the same dream job as their parents. However, as they grow up some of them change their passion while the others prefer to stay from their child’s dream.

It also happens to some kids of Hollywood celebrities, who choose to be a public figure.

Moreover, sometimes the celebrities from famous parents turn to be more famous or as famous as their family. They look so stunning with themselves.

So, Let’s see 9 celebrities who are as famous as their parents that you have to know.

1. Brooklyn Bekham is as famous as his parents. His father is a great football player, David Beckham while her mother is a singer and designer Victoria Bekham

2. Do you know that a great actor, Tom Hanks has handsome son who decides to choose the same job as her father? Colin Hanks plays in many movies and films. His latest project is How It Ends

3. Dakota Johnson’ parents are Melanie Griffith, an American actress and producer. Her father is Don Johnson a singer and actor

4. Emma Roberts has famous blood from her father and her aunt. She was born from a couple Eric Roberts, American actor and Kelly Cunningham. Her aunt is a beautiful actress, Julia Roberts

5. Hailey Baldwin has a handsome father, Stephen Baldwin. He plays in many great drama, such as The Genius Club

6. Jaden Smith has a very similar face like his father, Will Smith. Jaden played with Jakie Chan in Karate Kids when he was child

7. Kate Hudson has a lovely mother as well as a famous actress, Goldie Hawn. Goldie married to Kurt Russell, which makes him her non-biological father

8. Phil Collins, a rock star singer has a pretty daughter who chooses to be an actress. She is Lily Collins, who plays in Emily In Paris

9. A beautiful actress, Lily-Rose Depp is the oldest child of Johnny Depp. She ever had a Timothee Chalamet

Read more: Inspiring! 10 Celebrities Who is Struggling Before Getting Famous