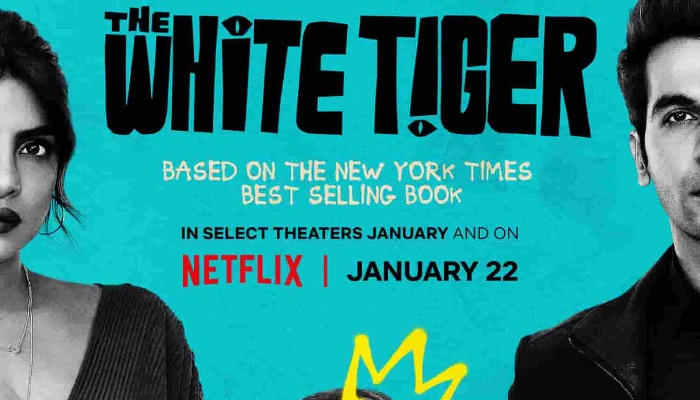 Are you looking for an inspirational film which has an impressive message? You should watch this upcoming story entitled The White Tiger.

It is directed by Ramin Bahrani, a great American director and screenwriter. Moreover, It is taken from a novel by Aravind Adiga in 2002.

This story tells about a successful man from a driver to be a businessman. His name is Balram Halwai.

Read more: Judas and The Black Messiah, A Biography of Fred Hampton

At the first time, he was only a servant from a rich family Pinky Madam and Ashok. However, everything turns into something new as they try to use him for their sake.

Since that moment, he tries his best to break his limit and finds a new journey. Then, after a long time he can be a successful businessman.

Since many people give a good response to this film, all crews and stars who play in this film hope the good result.

The main cast play in this story are Priyanka Chopra as Madam Minky, Rajkummar Rao as Ashok and Adarsh Gourav as Balram Halwai.

The other stars, such as Mahesh Manjrekar and Nalneesh Neel also support to this film.

As for Adarsh Gourav, this film is his first main character in the film. He ever played in My Name Is Khan (2010) as younger Rizwan, a supporting character.

Now, he has a big opportunity to play in such a great film like The White Tiger.

Priyanka Chopra also shares her opinion about her character in this film. She explained that it was a new and fresh character that she plays.

Let’s see how this film will bring us to the new perspective and point of view.

Since many critics also support this movie, you should put a notify in your phone for January 22, 2021 to watch this film on Netflix. Happy watching!