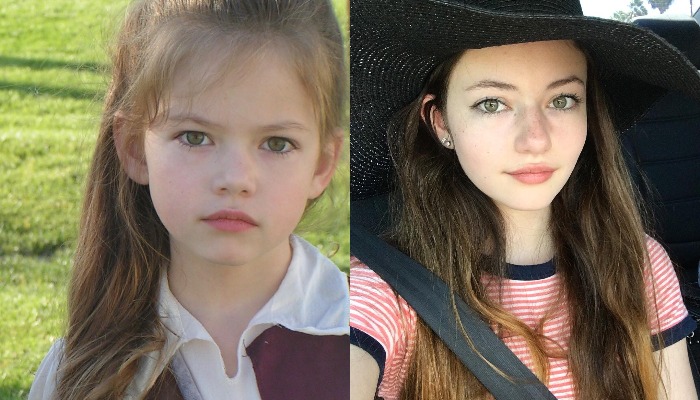 Mackenzie Foy already turned to be a beautiful lady. Many people called her as ‘Bella and Edward’s baby in Twilight movie or Renesmee Cullen, when she started her acting career in that movie at a very young age.

Moreover, this lady grew up to be more beautiful and gorgeous. She also plays in some movies and film, which brings her name to be well known in Hollywood.

In her Instagram account, Mackenzie posted her photos and her activities. Then, come and see 10 transformations of Mackenzie Foy, A Daughter of Bella in Twilight movie.

2. Her mother is a housewife, while her father is a truck driver

3. At age 3, Mackenzie Foy started her career as a model. Then, she began her acting career, when she was 9 years old

4. Her first movie is The Twilight Saga: Breaking Dawn Part 1, which released in November 18, 2011

5. She got two categories from the Twilight movie, for Worst Screen Couple and Worst Screen Ensemble at Golden Raspberry Award

6. In 2014, she played in the Interstellar movie as Young Murph

7. Moreover, she won an award for Best Performance by a Younger Actor from Saturn Award

8. Besides an actress, Mackenzie Foy is a voice-over from movies Ernest & Celestine, The Boxcar Children and The Little Prince

9. She has very straight hair and green eyes, which makes people love her so much

10. Her latest project was Black Beauty in 2020. She played with actress Kate Winslet

Mackenzie Foy has been a very adorable until nowadays. She has a very cute smile and adorable green eyes. How do you think about her look nowadays?