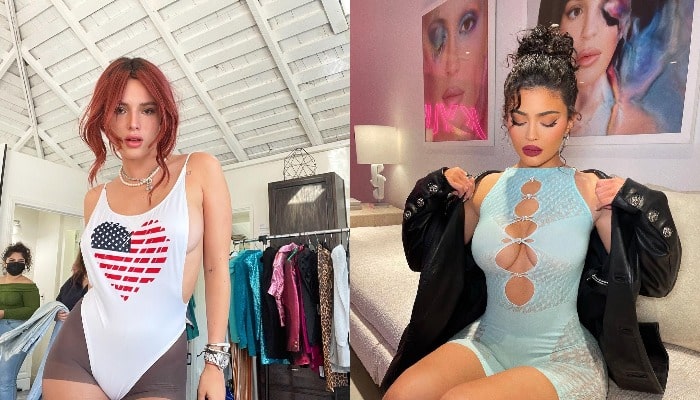 Have you noticed that people sometimes look older or younger than their true age? It will happen due to some reasons, such as the way they dress up or the make-up look that they use.

Moreover, guessing the age of someone from their look is quite difficult and challenging.

So, here are 9 Hollywood celebrities who look older than their actual age. Before we start, let’s look the pictures of them and take a guess.

2. Many people agree that Bella Thorne don’t suit her age. She was born on October 8, 1997

4. Justin Beiber and his wife, Hailey Baldwin seem to have the same age. However, this gorgeous lady is two years younger than him

5. Kylie Jenner loves wearing full make-up. It would be a reason why this beautiful woman looks older than her age, but so sexy

6. Lorde was born on November 7, 1996. Some people also thought that Lorde is more mature than her age

7. A child actress and singer, Sabrina Carpenter should be one of the celebrities who looks older than their age. She was born in 1999

9. A wife of Joe Jonas, Sophia Turner looks older than her age. She was born on the same year as Lorde

Read more: 9 Then and Now Looks of The Sandlot Cast, Change A Lot

Do you guess their age correctly? From 9 Hollywood stars above, who is the most unpredictable celebrity who has completely different age from their look?