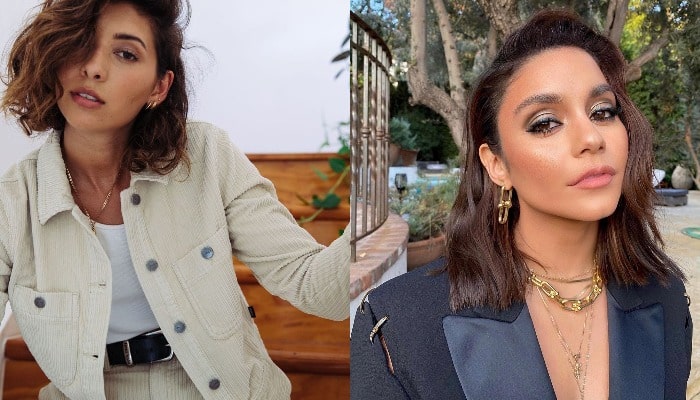 There is no one who will not fall in love with the handsome actor, Zac Efron. He is a real gentleman, having a muscular body and kind hearted man.

Moreover, it should be the reason of why many girls are completely over him.

He also gets a lot of dating rumors with some actresses and model. All of the women who are reported to be Zac Efron’s ex girlfriend are the most beautiful and gorgeous women ever.

Have you known them? If you haven’t, we will see 9 pretty women who have dated Zac Efron.

Zac Efron and Alexander Daddario have a very special relationship. They were close since they played together in film Baywatch in 2017.

There are a lot of speculations which explain both are dating, especially when Zac and Alexander went together to pet shop.

Besides, in Alexander’s special day, Zac also came to celebrate her birthday. He even posted a special picture with her while mentioned her as a rare Pokemon.

Halton Sage is one of gorgeous women who has a relationship with Zac Efron. They were dating in 2014 when they met at a comedy film Neighbors.

However, they ended the relationship in July. Moreover, in January 2020, they were getting back together.

Chemistry from the movie Extremely Wicked, Shokingly Evil and Vile, brings the name of Lily Collins to have a lovely relationship with Zac Efron.

However, before the rumor spread out, Zac was known to have a relationship with Halton Sage.

Some years ago, there was a document about a list of men, who were predicted to be Lindsay Lohan’ ex boyfriend.

However, in an interview, Lindsay explained that the list was not the name of the guys who she had dated, but people who had sex with her. Therefore, a name of Zac Efron was on it.

Michelle Rodriguez and Zac have a serious relationship. They even went together to Sardinia, Italia. However, they were split due to both couldn’t control their emotions for one or more problems.

One information also shared that Zac was too in love with her, but Michelle wasn’t too serious about their relationship.

Sami Miro was dating Zac Efron for about 2 years.They broke up in April, then, Sami started to post in her twitter about their relationship.

She claimed that Zac always texted her even after she has moved on. Therefore, she deleted her post a fews minutes later, while Zac deleted all their together pictures in Instagram.

Zac Efron went to Teresa Palmer’s upcoming film Take Me Home Tonight. They also went to the Pink Taco restaurant while having a chit chat.

Moreover, a source told that they were holding hands and looked so in love.

Vanessa Hudgens and Zac were dating in 2006 and decided to end it in 2010. Both had been an idol couple since their relationship went public.

They firstly met at the setting High School Musical, where both played together.

His latest relationship was with Vanessa Valladares. Zac and Valladares spotted ski vacation together in Thredo.

This young lady is a great model and a beautiful waiter. Even, their relationship went viral, both haven’t followed each other in their social media Instagram.

What do you think about them? From 9 those amazing and talented ladies above, who is the best partner for Zac Efron in your opinion?