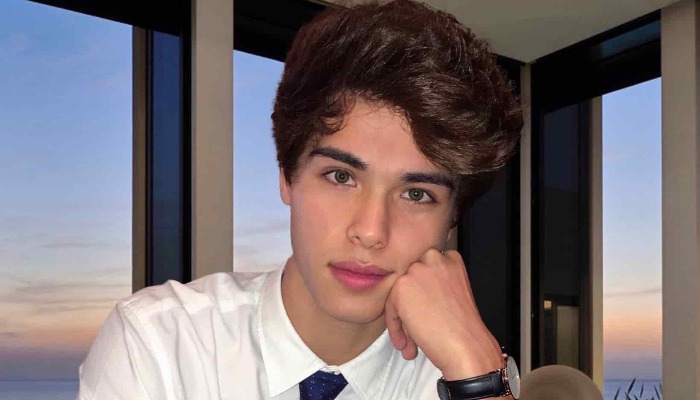 Alan Stokes boosted his fame when he and his brother Alex posted photos on their Instagram accounts.

Their accounts became viral due to their good-looking appearance and the fact that they are identical twins.

Then, Alan and Alex created a YouTube channel named Stokes Twins, where they posted vlogs, pranks, Q&A, and challenges.

Their sense of humor catch people’s attention and they gained millions of subscribers. In fact, their YouTube channel previously was named alanalan9635.

As a social media star, Alan and his brother joined a group of famous influencers named Sunset Park. They also created signature merchandise on Heard Well.

In 2018, Alan Stokes made a debut as an actor in a TV series titled Light as a Feather and Brobot.

Alan and his brother were invited to Nickelodeon Kids’ Choice Awards in the same year. The next year, the twins also created a TikTok account with the same name.

Throughout his career, Alan had collaborated with Johny Depp, Brent Rivera, and Rybka twins.

1. Alan Stokes poses in front of a telephone box in London

2. He wears a comfortable school outfit with a white hoodie and black training pants

3. The surfer poses under the snow! Alan is definitely good-looking

4. He has the body goals of a man. No wonder since he is a surfer, right?

5. A selfie from Alan Stokes. His face seems glowing!

Alan Stokes is a funny and charming internet personality. He entertains and spreads laughter to his audience around the globe.