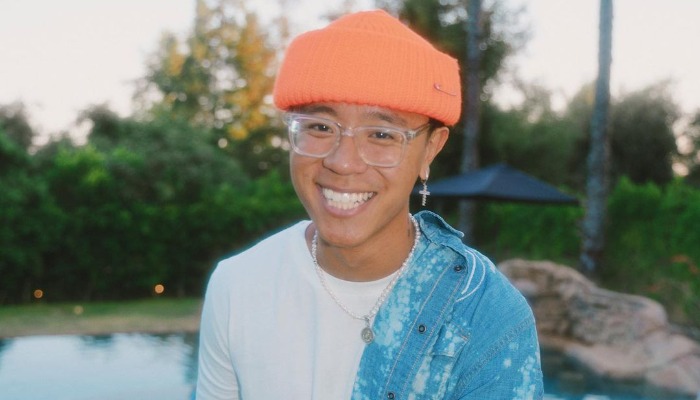 Michael Le, or known as JustMaiko, is an American TikTok star, Youtube star, and dancer. His name was recognized by the public when he shared his dancing videos on TikTok in 2016.

His dancing and tutorials on how to dance on TikTok made him famous.

Through his viral videos, he also got some opportunities to collaborate with famous dancers and celebrities.

Michael Le, started dancing when he was 12 years old. However, he previously attended a hip-hop class with his uncle named Jeff Rogers when he was a kid.

They did simple choreography and Michal started loving it, although he neglected it for some time.

He got back into dancing when he was 11, but it was rough. Thus, he joined Sean’s Dance Factory and Sean Green became his dancing tutor.

Le started posting videos on YouTube on his channel and named himself. At first, his videos were less than a minute long.

After that, he expanded on dancing challenges and tutorials; then he increased his number of followers.

In 2016, he uploaded his dancing videos on musical.ly. He then started gaining popularity and worked for acts for 24KGoldn.

After gaining fame, people began to be more curious about Le. Therefore, he created a different channel for vlogs, pranks, and challenges named Justmaiko.

Throughout his career, he has collaborated with other social media celebrities and dancers, like Crissa Jackson, Javier Romero, and Jason Derulo.

Michael Le ever dated Analisse, who is a TikTok star, too.

They also confirmed that they had a romantic relationship in the past when they were still teens.

Not only that, but they also explained that they were a childhood friend. But, their fans want them to back together.

Michael Le’s net worth is around $4 million. His net worth’s main source comes from his YouTube channel.

According to Socialblade, his monthly income is around $6.7K to $106.7K from his YouTube channel.

“Just tryna dance my life to the fullest”

“The years are really just flyin by😭”

“Im excited to start this new chapter with yall. Crazy that i started off dancing to now all that ive done”

1. What are you thinking, Michael?

3. His smile is genuine and bright

5. What do you think of his blue jeans jacket?

Michael Le has gained fame due to his excellent dancing skills. His hard work has been paid off, but he will always improve his talent.