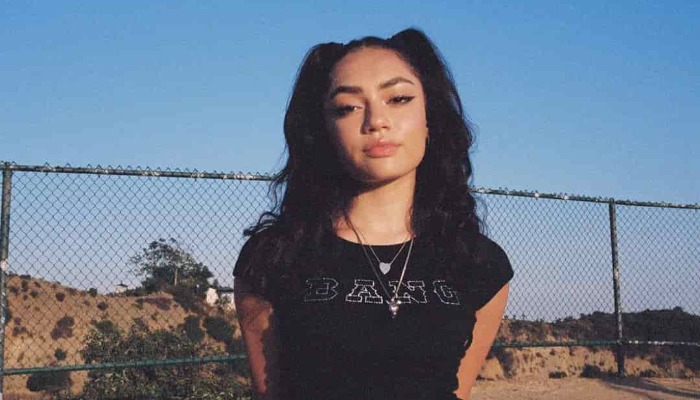 Avani Gregg is an American TikTok star, YouTube star, and makeup artist. She was famous because of her video wearing Harley Quinn style make up that went viral in 2019.

Avani Gregg went viral because of her video wearing Harley Quinn-style makeup in 2019, although she started uploading videos in 2013 on Musical.ly. The video gained more than 3 million views in the upcoming weeks.

That popular video led her to get her nickname Clown Girl. In the same year, she joined a TikTok star group called The Hype House, along with Dixie D’Amelio, Addison Rae, and Alex Warren.

Then, she made her film debut in Chicken Girls, along with Mads Lewis, another TikTok celebrity.

Avani also created her talk show called Here For It With Avani Gregg on Watch Together on Messenger Facebook, which invited other social media stars, such as James Charles, Charli D’Amelio, and Amelie Zilber to discuss friendships and other Gen Z topics.

She won TikToker of the Year from the Shorty Awards in 2019 and was included in the Forbes magazine’s 30 Under 30 – Social Media list in 2020.

Back in 2019, there’s a rumor about her dating TikTok star Nick Austin. The rumor started because they were seen together in many videos.

But neither Nick nor Avani are making a statement about how their relationship truly is.

In 2020, Avani started to date another TikTok star, Anthony Reeves. But they kept the relationship low key until 2021 when they posted a photo of them celebrating six months together.

Even before they confirmed their relationship, they’d been seen together and even spotted at the Creator’s Camp Flog Gnaw Carnival.

Avani Gregg’s net worth is around $3 million. Her source of income came from TikTok, Instagram and brand endorsements.

Avani Gregg was reported as the fourth highest paid TikTok creator in the world for 2022. From her TikTok account, she could earn $4.75 million each year.

Avani has an engagement ratio of 1,0% which allows her to earn an estimated $6 million each year. For every thousand fans, she could earn between $2000-$3500.

Her fame led Avani to get sponsored by many famous brands such as Marc Jacobs, Dolce&Gabbana, and L’Oreal.

“We didn’t start off with anything really nice”

“Tips for TikTok are kind of hard just because it depends on what kind of content you are posting.”

“The process behind my makeup videos is not really as crazy as you might think it is.”

“I do need some motivation to get out of bed and film because sometimes I just want to lay in bed all day.”

“I am very public with my life. I want everyone to know exactly what I’m doing and exactly how I’m feeling.”

“One thing that I have on my bucket list that I am ready to complete is to give you guys more scary makeup content. I’ve been working on some idead and I’m excited for you guys to see them.”

“I’m not the person to communicate to other people well and tell them how I’m feelng. I’m used to doing it through art, and now I can do it through my face.”

“I will take 3-5 days of staying fully off my phone just doing beauty stuff, doing random makeup stuff, laying in bed, eating favorite food, to get me back in the right mindset so that I can give the best content out to everyone else.”

2. That short green dress is unique!

4. Her outfit is playful

5. Meanwhile, this photo shows she also looks good in a formal outfit

Avani Gegg’s talent in makeup is undoubtedly amazing. She creates authentic art that reflects her personality.