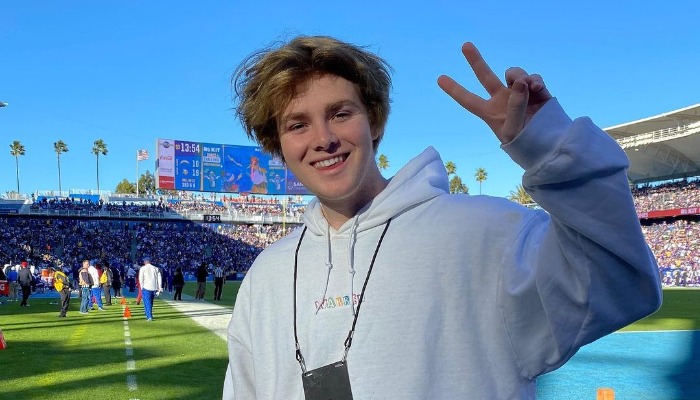 Growing up, Alex Warren has always been interested in skateboarding. He then shared his love of skateboarding on Instagram in May 2015.

He becomes the co-founder of a TikTok star group named the Hype House, along with other TikTok stars Chase Hudson and Thomas Petrou in November 2020.

Warren first started uploading on his YouTube channel in September 2018 about a Make Me laugh challenge with his friends.

His videos are mostly about first-person POV comedic vlogs featuring his group of friends, surprised gifts, and pranks. This internet star tries to maintain his videos around 4 minutes long.

Several of his popular videos are about his best friends on Hype House kissing and he confessed to her girlfriend.

In the 10th annual Streamy Awards, Warren received a nominee for the First Person category but had to let Emma Chamberlain win. He appeared on AwesomenessTV in January 2021.

Throughout his career, Warren has collaborated with many artists, including Larray, Tana Mongeau, and Bryce Hall.

1. He wears an all-black outfit and white sneakers

5. His black outfit contrasts with the feminine background

Alex Warren’s struggle and pitiful childhood have been paid as he becomes one of the mega-popular Internet stars.