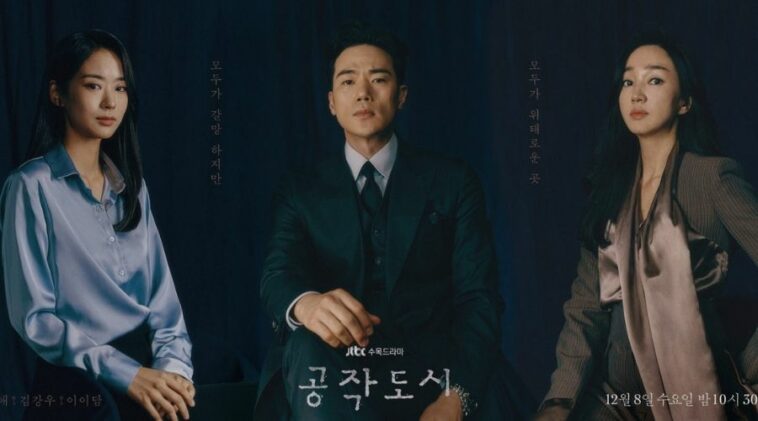 After successfully making Reflection of You become a top hit drama, JTBC continues to release Artificial City that is announced to be released on December 8, 2021.

Previously, Park Soo Ae had appeared in a Korean drama called Sweet Stranger and Me in previous 2016.

They both also had worked together after filming High Society in 2018.

Artificial City is aired every Wednesday and Thursday on JTBC at 22:30 KST to replace the previous JTBC drama, Reflection of You.

This drama mainly tells a story about a chaebol family in South Korea.

A rich woman, who is also the second daughter-in-law of her rich family, Yoon Jae Hee (Soo Ae) gets a lucky card by working at Space Jin, an art gallery.

Her career is also supported by the chaebol family which is the owner of Sungjin Group, so at first, her life seems so stable.

On the other side, Jae Hee once has a boyfriend for several years, but finally she marry Joon Hyeok (Kim Kang Woo).

After marrying Joon Hyeok, Jae Hee has a desire to help her husband become the president of South Korea.

This grand desire then leads her into a lot of conflicts, especially against Jae Hee’s in-law.