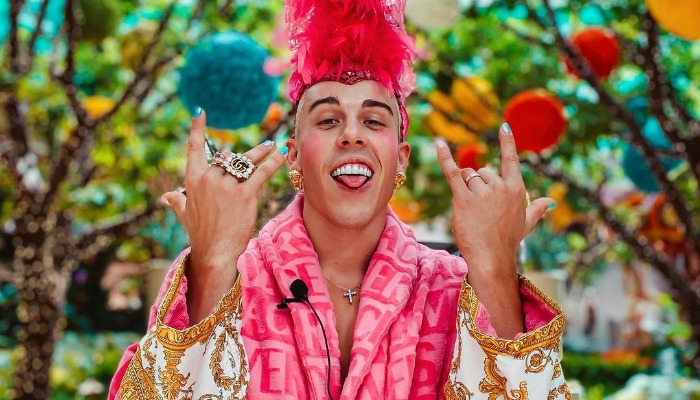 Jakob Kasimir Hellrigl or Candy Ken found his gender-bending character when he was in college. He was inspired by Hello Kitty, Barbie dolls, and Japanese Kawaii culture.

Later, he shared his persona on the Internet by dressing in pink clothing and other feminine elements.

Ken created TikTok and Instagram account, as well as a YouTube channel in 2014. He produced his own series on the channel named Welcome to Candy Land. The series was remake for a short movie and won an Austrian film festival.

He then released several EPs, including Welcome to Candy Land, Basic Bitches, and Candy Ken Paradise. In 2016, this Internet star launched an album named Real Talk.

Formichetti discovered him and flew this Internet star to Milan to take a photoshoot for his fashion magazine called Free.

In 2018, Ken was invited to the Jimmy Kimmel Live to play the game “Who’s High?” This TikTok star has become the model for famous magazines, such as VMAN, Paper, and Vogue Taiwan.

He even got the chance to be partner with the famous photographer Terry Richardson.

1. The man spoils his partner with flowers and other cute stuff

4. He broke the gender styles

5. Do you like Ken’s appearance with the colorful outfit?

Candy Ken presents his unique style on the Internet and becomes hugely famous. Are you a fan of this guy?