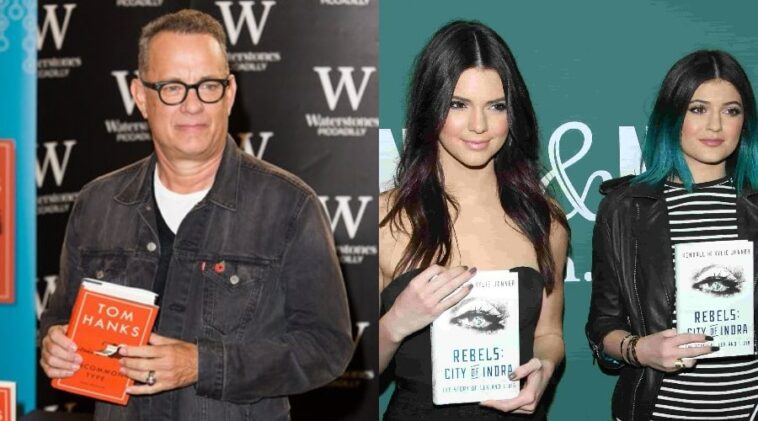 One of amazing talents that God has given to a human is how they can communicate something through their words.

Since writing is not an easy job, we are amazed by many people who can make their books and inspiring people with it.

Moreover, there are many actresses and actors who write a novel and book in their busy and hectic lives.

They even write some best seller novels and books from various genres and themes which are loved by fans.

Here we list 10 Hollywood celebs who are successful in their career as celebrities and writers at the same time.

Read also: 10 Hollywood Celebs Who Are Fans of K-Pop

1. 50 Cent’s Playground tells about his adolescence story. He got a big problem with family as well as his peers. There are many ups and downs story in this book which try to tell reader there will be always rainbow after the rain

2. Poeple are known Bella Thorne as an actress who plays in Game Of Thrones. She is actually a very skilled poet. She wrote The Life Of A Wannabe Mogul: Mental Disarray in 2019 about the journey of her life

3. If you are looking for funny and interesting book for kid, you should look for Isla Fisher’s Marge in Charge which tells about a babysitter who gets a lot of great things to do with two of kids, Jake and Jemima Button for her charge

4. Jimmy Fallon is a famous host, actor and a great writer for his novel entitled Your Baby’s First Word Will Be DADA. His book even got 1 New York Times bestseller

5. Two beautiful Jenner, Kendall, and Kylie still have time to make their book, Rebels: City of Indra in 2014. However, there are some ghostwriter helping them to release the book

6. Lauren Conrad’s The Fame Game is The First New York Times Bestselling Author which tells about Madison Parker a new actress in a big city life which full of drama and gossip. In other word, this story tells about the true story behind Hollywood life

7. Lauren Graham describes a story of Franny Banks to reach her dream as an actress with almost hopeless future career.  From this masterpiece, Graham got New York Times Bestseller

8. Everyone knows that Madonna is a great singer. However, she is also an amazing writer for her novel The English Roses

9. Tom Hanks writes a collection of short stories in his book entitled Uncommon Type. It won The Sunday Times Bestseller

10. Tyra Banks  said that her novel, ModelLand was inspiring from Disney. She wrote this novel which is full of fantasy and uniqueness

Aren’t they amazing to make such creative ideas and stories? Is there any other celebrities that you know who writes novel so well?