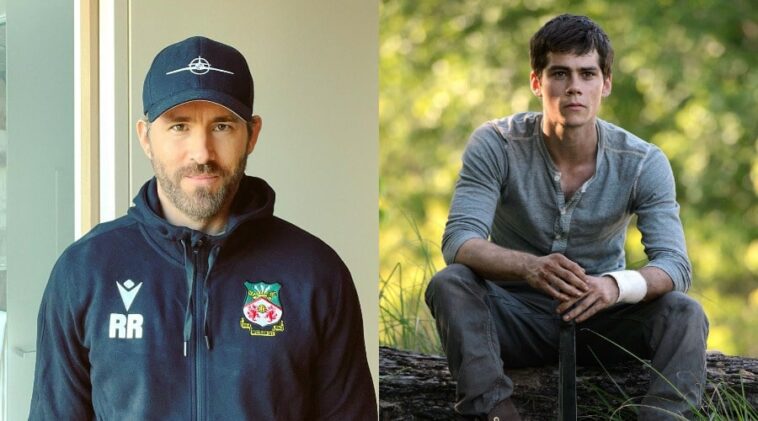 Korean Pop or K-pop takes over the world from all of their musics, dramas, products as well as idols.

People can’t stand to see how awesome girl and boy groups from Korea since they have amazing performance and talented singers which are awesome.

It doesn’t only influence society, but also many of Hollywood stars. Some of them declare that they really into some singers from Korea and taking pictures together.

Are you exciting to know who are they? Let’s check out 10 of Hollywood celebs who are big fans of Korean Pop or K-pop.

1. Chloe Grace Moretz loves Mamamoo, girl group of 4 beautiful ladies. She even posted a picture of her with the group and tagged them in her Instagram

2. Dylan O’brien is a big fan of BTS, a famous KPOP boy group nowadays . He even came to BTS concert in 2018

3. Emma Stones is really into BTS and 2NE1. Both group are best and awesome, so it wouldn’t be a surprise to find her shares about it in one interview

4. James Cordon is not only fan of one K-pop group, but three. He loves BTS, Blackpink, and NCT

5. A Glee star, Kevin Mchale shared in his Twitter that he is fan of G-Dragon, TOP from Big Bang. He said that he can’t stop watching Big Bang

6. You won’t believe that a great rapper Lil Uzi Vert is actually a buddy, a name of fans from girl group G-FRIEND

7. A goddess Lorde also stands of K-pop. She loves an awesome singer from Korea, Lee Hi

8. Nobody will not love to a cute and beautiful singer IU. Post Malone is one of them and following her in Instagram

9. Ryan Reynolds loves K-pop so much. He also took photo with a boy group EXO which looked so close to him

10. Tilda Swinton has the same interest with Kevin Mchale. She loves G-Dragon from Big Bang

Read also: 10 Inspiration Hairstyles of Celebrities You Should Try

Wow! Knowing that many Hollywood stars are fans K-pop, then we will believe that K-pop already loved by many people? How about you?