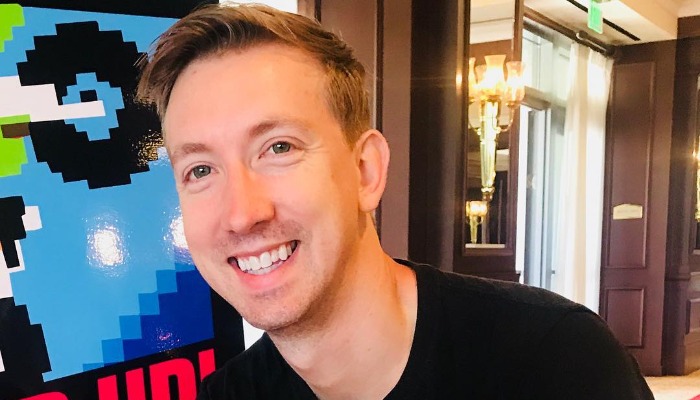 Chris William Chris or Chad Wild Clay published his first video in 2010, even though he had created the channel in 2006.

It was about him proposing to her girlfriend, later wife, Vy Qwain. He then continued making videos about gadgets and unboxing reviews, parodies, and challenges. One of his most popular videos is the Pen Pineapple Apple Pen parody.

He was nominated for the 2019 Streamy Awards in the Kids and Family category, then was nominated again for the Gaming category in 2020.

This YouTuber has worked with his wife to make a series defeating an enemy called Project Zorgo, who is claimed to be hackers patrolling YouTube.

Chad has collaborated with many internet personalities, such as Guava Juice, J-Fred, and Stephen Sharer.

He was invited to Ryan Higa’s Off The Pill podcast in May 2019. VidCon 2019 appointed him to become the speaker.

1. Chad wears his merch to promote it

2. The YouTuber rides a horse

3. Chad dresses up as the superhero for Halloween

4. He wears a black and red hoodie

Chad Wild Clay has delivered entertaining content for his audience. No wonder he has a loyal and huge following.