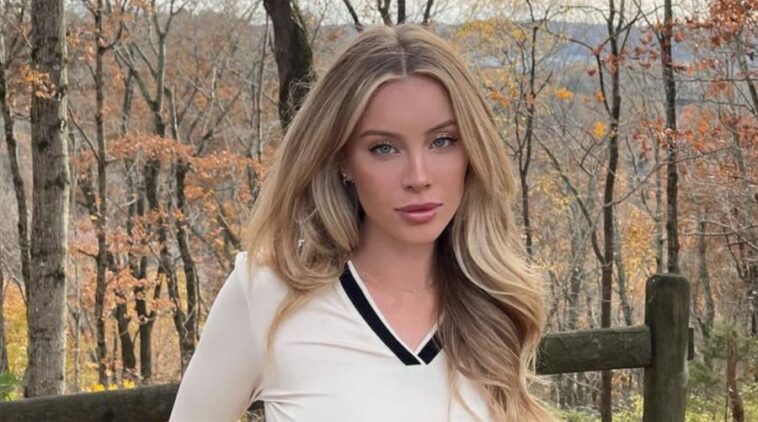 She became the most followed person on TikTok and OnlyFans account because of her fitness posts.

Daisy Keech started her career as a cameo in the movie Six Feet the Edge in 2017. Later, she was interested in the world of fitness from a young age.

For the first time, she started her career as a model by posting fitness photos and bikini pictures on social media Instagram in January 2018.

With the username daisykeech, she gained significant popularity from followers of her account.

After that, she uploaded a video of exercise tips through her YouTube channel in February 2018.

She shared a video with her viewers about workouts and exercises from the YouTube platform to keep the body healthy as well as fit.

Then, in 2019, she joined the TikTok platform to create engaging short creative videos. She went viral for the lip-syncing and dance videos she made.

Besides that, she also sells intensive content for dieting and working out through her personal website daisykeech.com. Several exercise programs help the body be more ideal for its subscribed fans.

In addition to being a fitness coach, she also sells her personal exclusive photos on the OnlyFans account by subscribing as a viewer.

Daisy has a boyfriend, as she posted in her Instagram picture. She is dating model, Michael Yerger (Nikita Dragun‘s ex-boyfriend) since 2020.

Daisy’s net worth is around $2 million. Her wealth is mainly earned from TikTok and her Instagram account. Thus, she generates her money from endorsements and paid sponsorship.

She is also active on the OnlyFans platform, which sells exclusive pictures and content with a subscription in a monthly payment. Also, she gets money from the content on her YouTube channel.

Daisy Keech is a gorgeous fitness enthusiast who shares her positive content through social media. She is energetic and cheerful to retraining her viewers to be healthier.