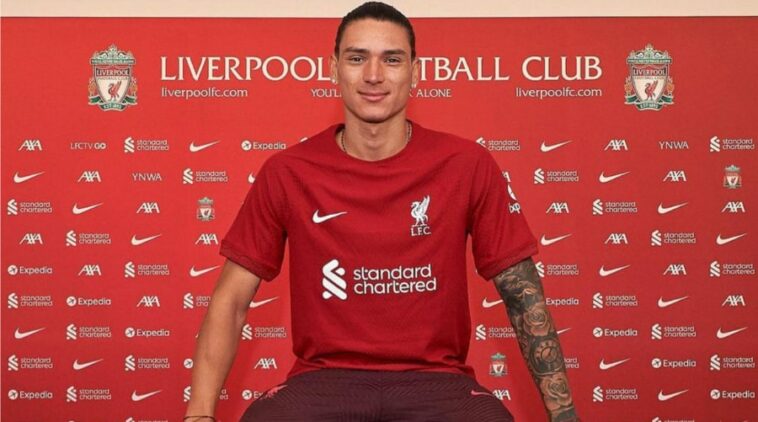 Darwin Nunez began his career at the age of 14 by joining Penarol’s youth setup. When first joined Penarol’s youth team, he didn’t last long in the club and went back home to Artigas.

A year later, he joined the same club, Penarol’s youth, and spent four years at the club before making his senior professional debut as a striker.

He makes his professional career debut in 2017, joining Peñarol senior club and scoring his first goal in October 2018 and defeating Fenix at the match. In August 2019, he joined Almeria and makes his debut for Andalusian side in October 2019.

He spent only one season in Almeria and managed to score 16 goals before moving to another club, Benfica.

He represents Uruguay at the youth level and was a part of the junior team at the 2019 FIFA U-20 World Cup. He is also part of Uruguay’s U-22 side at the 2019 PAN American Games.

His youth performance makes him get a call-up for a senior team for friendliest match against Costa Rica and United States in September 2019.

The following month, he makes his international debut against Peru and replaces Brian Lozano in the 75th minute. He scored his team’s first goal five minutes after he replaced Brian Lozano.

He signed a transfer deal with Portuguese club Benfica in September 2020. He managed to score six league goals in 29 matches and 14 goals in 44 appearances while in Benfica.

His performance in Benfica has caught the eye of Liverpool FC. He then transferred to Liverpool in summer 2022, joined on a six year contract and makes his unofficial debut for Liverpool in a pre-season friendly with Manchester United on July 12, 2022.

“She ensured that I and my brother eat first. My mum often went to bed without joining us to eat. Never will I forget where I came from.”

“If I keep working I’m going to achieve that and please my parents who did everything for me when I didn’t even have a pair of shoes for football.”

“I dedicate a goal to heaven, to a friend who will always be in my heart. I was age 6 years when he taught me to play football.”

“The bus dropped me off at trees cruces. I feared because I have never seen a city all my life.”

“One day, I was going to Artigas with the idea of quitting football when he called me, telling me to stay. Junior said i have a future in football that he was the one leaving football.”

Darwin Nunez is the example of a football player who rises from a poor family to the one who can help his family get out of the hardship.

Behind all his success stories, there’s his family role, especially his brother, who sacrificed his dream to provide for the family.