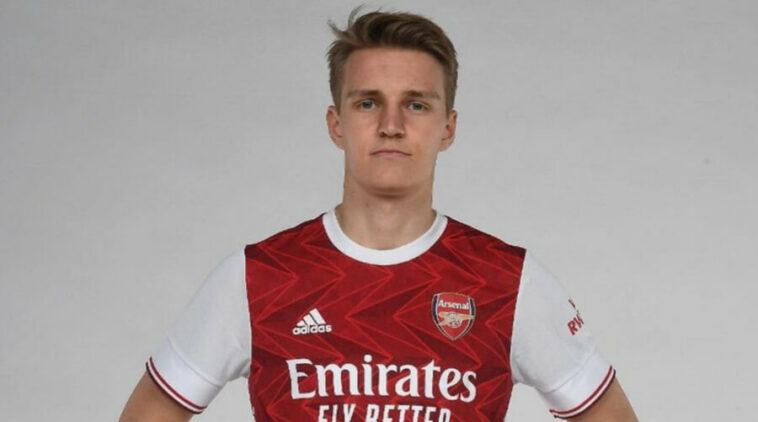 Martin Odegaard began his adventure in football early at ages 6 when he joined the local club Drammen Strong in his hometown, Toppenhaug, Drammen.

He has sharpened his skill when even before he joined Strømsgodset youth side. In the youth club, he impressed the coach with his natural skill and his work ethic.

He made his senior debut with senior side of Strømsgodset in 2014 when he was 15 years old. It makes him the youngest player to be featured in Norwegian Premier League.

After spent one season in Strømsgodset while trained with another foreign club such as Bayern Munich, Liverpool FC and even visited Arsenal.

He signed with Real Madrid in early 2015. He registered for their reserve team, Real Madrid Castilla, but trained with the first team.

He made his debut with Real Madrid in May 2015 as a substitute for Cristiano Ronaldo in matches against Getafe and became the youngest player to represent Real Madrid.

Upon spending time at Real Madrid, he’s been sent an loan to numerous clubs like Dutch club Heerenveen in January 2017, Vitesse in 2018, Real Sociedad in 2019, and even spent time an loan for Arsenal in 2021 before signing with the club.

He also makes use of his talent to represent Norway since youth. He participated in U-15, U-16, U-17, including U-21 tournaments before making his senior international debut.

Martin Odegaard marked his international debut when representing Norway against United Arab Emirates in August 2014. He once again became the youngest player to debut on a senior team. He was 15 at the time.

“When you are at the top is not easy to make friends. At least it isn’t when you’re young and you come from another place.”

“No matter the level you play at, nobody has the certainty of being a starter all the time, you have to earn the trust and deserve that role.”

“Dad has never talked about winning, about being best, it has only been about development. About getting a little better all the time. It should be fun, stress-free, harmless.“

“It’s incredible. It’s an honour to join the best club in the world. I don’t feel the pressure but it’s different to play for Real Madrid than for Stromsgodset.”

“I will try and enjoy this dream as much as possible.”

Though he is easy going, there’s difficulty for him to adapt when he is at Real Madrid as there’s a difference between his previous club.

Even in the end he can’t make a deal with Real Madrid, but going to Arsenal was the best choice for him.