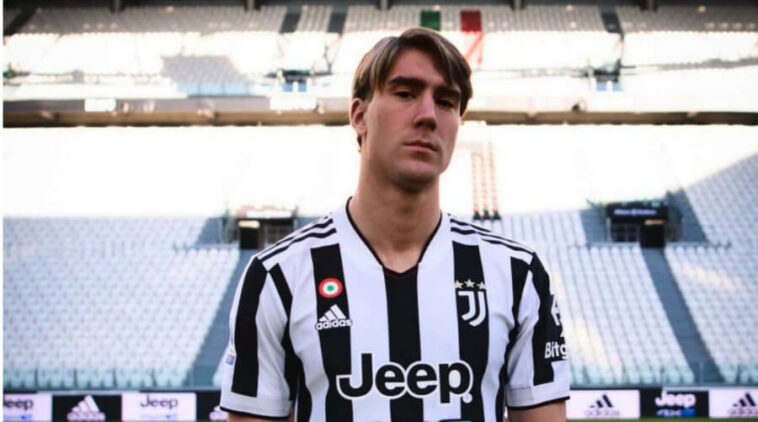 Dusan Vlahovic has been dreaming of becoming a footballer since he was a kid. Though at first his parents preferred him becoming a doctor, but they agreed to support him in pursuing his dream.

The first step he took on his football journey was enrolled at Altina football school, which is located in Belgrade.

In Altina, he excels at local competition and standout in many moments. With his brilliance, he took many honors early on in his days.

He spent quite a time with Altina Zemun and rose to become the man of the academy. His performance in Altina has roared and got scouts from OFK Beograd attracted to him.

He joined OFK Beograd but only for three months before he joined Partizan Academy. It was Partizan’s director, Pantaleo Corvino, who convinced Dusan Vlahovic’s parents to let his son join Partizan.

He joined Partizan academy after a long period of training, he signed his first professional contract when he was 15.

Following his signing, he was immediately assigned to Partizan’s senior team and makes his debut in 2016 against OFK Beograd.

After making his debut, many clubs wanted to sign with him, including Arsenal and Juventus, which he rejected. He said that he wanted a future career in Italy, thus signing with Fiorentina.

He moved to Italy not long before his 18 birthday. His first test in Fiorentina was to help to win Coppa Italia Primavera.

Things keep getting better for him in Fiorentina. He became the goal scorer and improved in his movement.

He makes his debut for Juventus in the same year in a match against Hellas Verona and scored in the opening. In the same month, he makes an appearance in the UEFA Champions League.

He is also a member of Serbia’s national U-15 team and scored a hat-trick in a match against Czech Republic in 2015. He makes his senior debut in 2020 at the 2020-21 UEFA Nations League against Hungary.

“Only God knows what will happen in the next period of my career, but my wish is to bring Fiorentina to Europe, because we have not been in Europe for a long time.”

“I’m here to work hard to be part of this team.”

“For me it is an honor to wear this shirt, I struggle to believe it every single time I do it. I identify with their DNA. The personality of Juventus coincides with mine. If you play for Juve you never give up, you fight all the time, you sacrifice. And that was all I was looking for.”

“My aim is to achieve something for the team, if the team play good everybody plays good.”

“It is the greatest emotion of all. It is something that fills me, it pervades me and so if I don’t feel it I feel empty. I have a sense of emptiness. Scoring is like flying. And once you feel that feeling you have to have more and more. again. That’s why I say it’s addictive”

“When you believe in yourself, nothing can bring you down. Mental strength is essential and I don’t know if I’m really ready for that. The pressure? I like pressure, I like it. like adrenaline”

“We will never back down, we will fight until the end and how they say it here, Fino alla Fine”

Dusan Vlahovic has been dreaming of football since he was a kid. He kept working on his movement and kept training until he became one of the best Italian League strikers.