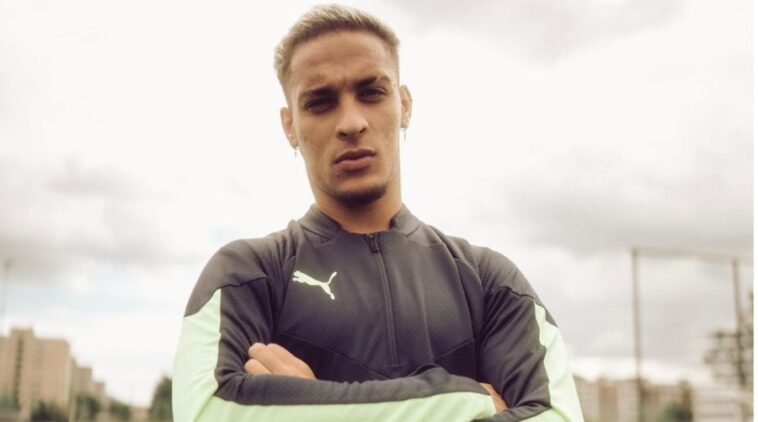 Balancing his education in primary school and his desire for football, Antony grew up as the best soccer kid in Sao Paulo.

When he was 10, he joined Sao Paulo Academy where he began his soccer journey. He keeps training while dreaming of becoming a professional footballer.

Making an impression with his skills, he also helped his team mate at Sao Paulo Academy to win the J League World Challenge.

His career as a professional footballer began when he signed with Sao Paulo club in 2018. He keeps rising and helping Sao Paulo win trophies.

In 2019, his dream of becoming a part of European club is getting near as his name is getting soaring from his international appearances. In 2020, he got a call form Ajax and signed with them.

He spent two years with Ajax before parting with them and signing with Manchester United in 2022.

2019 is an unforgettable year for him as he got invited to join his country in U-23 football team. He along with his teammate, won the Maurice Revello Tournament.

He also represents Brazil when the country won the 2020 Tokyo Summer Olympic that was held in 2021. He makes his senior international debut in 2021 in the World Cup qualifier against Venezuela.

“My strength is my technique, dribbling, creativity. I think creativity in attack is my main strength Dribbling, passing, playing good balls into my teammates, I think these are my strengths and the difference I make,”

“Dribbling – it’s the Brazilian way, isn’t it? Dribbling, speed, scoring goals and celebrating with the fans and everyone else.”

“Ajax is the place where I feel happy. But of course I do think about a move in the future sometimes. Premier League & La Liga are the leagues I find beautiful.”

“Playing under Erik ten Hag was perfect for me and my development,”

“I hope Ajax fans understand me, because the future for a football player is a totally uncertain thing and the opportunities can be unique.”

From the best soccer kid in Sao Paulo to the one who helped Ajax win trophies, Antony’s career is steadily rising as he keeps making an impression with his performance.