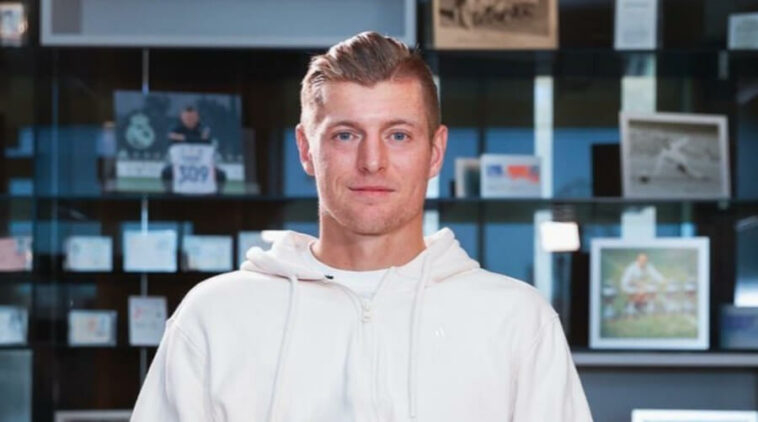 Toni Kroos was a well behaved kid who spent a lot of time practicing in a school tournament. He and his brother Felix were trained by his father, who was also a football coach.

The first youth club where he spent the days of training before his debut as a professional footballer was Greifswalder FC.

After spending some time with Greifswalder FC, in 2006, he moved to the Bayern Munich youth team.

In 2007, he made his debut with Bayern Munich’s senior team when he was 17. It was because he had intense training he was able to be promoted soon and became the youngest player to be able to debut in the team.

In 2009, he joined Bayern Leverkusen on loan and spent nine seasons with them before coming back at Bayern Munich.

For the next season, he won 3 Bundesliga titles and a champions league with Bayern Munich.

In 2014, he was transferred to Real Madrid but due to certain circumstances, the transfer fee is disclosed.

He also makes a contribution for his nation by representing Germany’s team. He made his senior international debut when he was 20.

He has helped Germany win the 2014 FIFA World Cup where he was the top assist provider and voted as German Player of the Year.

In 2021, he announced his retirement from international tournament after his team got eliminated for Euro 2020.

“I do not envisage going to Barcelona.”

“In a team like Real Madrid, arguments always arise when things are not going well.”

“At Real Madrid, you have to win everything”

“We’re Real Madrid – and being successful is part of our DNA.”

“I am of the opinion that the burden of playing games is much too high, especially for international players that also play domestically with their clubs.”

“For those of us playing in a foreign league, it’s always nice to spend a few days with family and friends who we don’t get to see every day.”

“I am very proud to be at Madrid. It’s something very special, and also to step out into the Bernabeu wearing the Madrid shirt for the first time was a fantastic feeling. The fans gave me a wonderful reception.”

“Before leaving, I was seen as a good player, perhaps as a very good player, but as one of the many players that Bayern had. But if you play as a Real footballer, you get even more attention. Maybe that part from the fans I do not like so much.”

“I enjoy playing football, and that’s about it. I’m no-one special.”

“Zidane transmits a very clear idea to the players. He doesn’t need to give a 20 minute motivational talk, he doesn’t need it. With his presence alone, he achieves what he wants – his personality is synonymous with success.”

“It’s important to get a good start at a top club like Real. When things are going badly, you can overcome it quickly at a top club.”

“Individual achievements are not important for me, to be honest.”

Having a father who is a football coach gives him an advantage because he can learn football since he was young.

While Toni Kroos is not good at studying, but because his father has taught him football since he was young, he can keep practicing it.