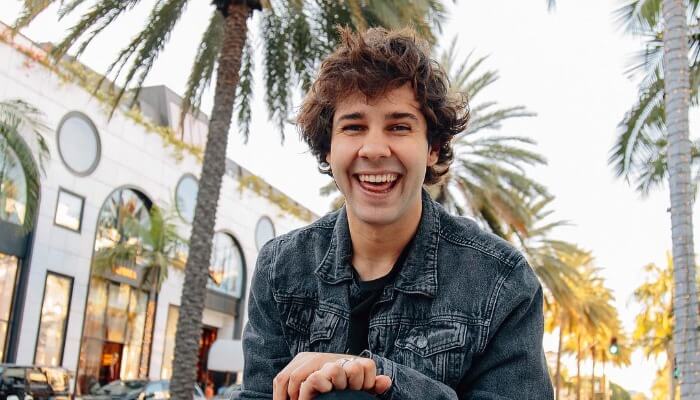 David Dobrik began joining Vine and shared his initial video in 2013. Before he created his own YouTube channel, he was involved in a YouTube group called Second Class.

He eventually made his own in 2015. The channel is about comedy vlogs based on his daily life. He often featured his friends.

As he gained more subscribers, views, and revenues, he likes giving people cars in his video.

The vlogger got a Diamond Play Button from YouTube as he hit 10 million subscribers in December 2018.

In the same year, Paper magazine listed him as one of the 10 social media personalities that make the most noise.

The next year, Variety magazine named him on its list called Power of Young Hollywood.

David also got an award as Choice Male Web Star from the Teen Choice Awards in 2019. People magazine also called him Sexiest Heartthrob of The Year.

1. David Dobrik looks so cute with his dog

2. This vlogger wears a green sweater and jeans

3. Dobrik poses in front of the cars he wants to give away

4. A selfie from David Dobrik

5. Imagine having lunch with the star!

David Dobrik is funny and entertaining. Little wonder he becomes one of the most influential social media superstars around the world.