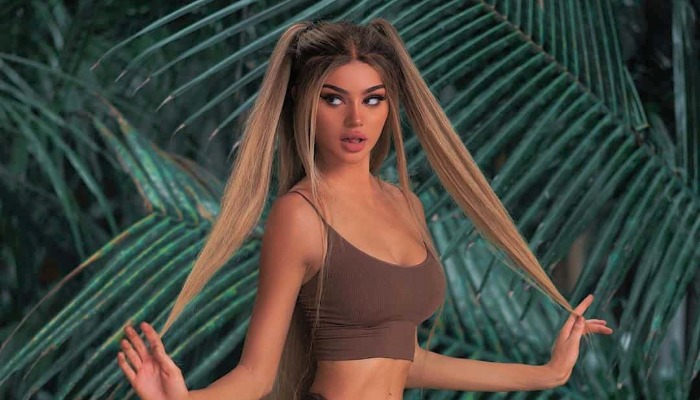 When wondering how Kristen Hancher gained popularity, it was actually the combination of overnight and gradual success.

She started her first lip-syncing video on Musical.ly, then it went viral since it got a hundred thousand likes.

After seeing the potential, Kristen kept posting more videos and earned thousands of dollars a day.

In 2017, she also significantly gained fame after “accidentally” streaming sex with her boyfriend Andrew Gregory in front of 14,000 followers.

Kristen also collaborated with Nicki Minaj on the rapper’s music video. In the same year, she began her film debut in a web series titled Mishaps and Mani.

Since Hancher had become a Musical.ly star, she started expanding to another platform, YouTube in 2018.

Her first video was about “dares in public”. She also shared make up tips, Musical.ly tutorials, and lifestyle.

Throughout her career, she had partnered with famous brands, such as Shein, Sicko Kartel, and Fashion Nova.

Kristen also received nominations from the 2016 and 2017 Teen Choice Awards as Choice Muser. In 2017, this TikTok star was also nominated as Breakout Creator at the 2017 Streamy Awards.

2. She poses with a giant black snake

3. Her brown-tone outfit matches her hair and background

5. If she were a cheerleader in high school, everyone would focus on her than on the game

Kristen Hancher is a phenomenal social media star! She takes every opportunity she has to gain fame.