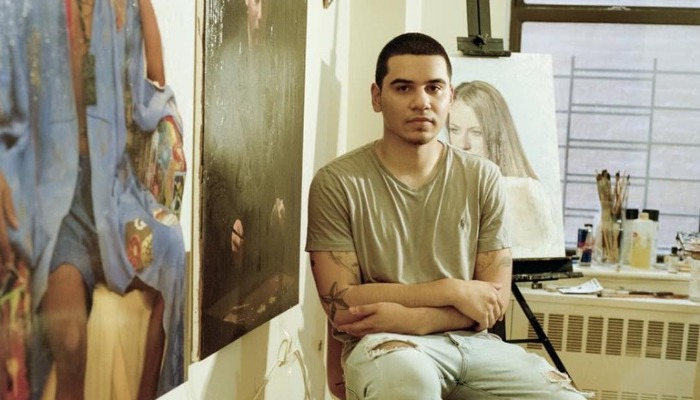 Devon Rodriguez has drawn strangers he met on the subway since 2010 when he was still a high school freshman. The artist named his “project” the Subway Series.

At that time, Devon looked for his teacher’s help to build a portfolio as he wanted to transfer to a school in midtown.

When the teacher showed his past artwork at subways, Devon started doing the same thing.

However, Devon just started uploading his work in 2020, then he gained more than 1 million followers on Instagram within six months.

He also uploaded them on his TikTok account and grew faster as Devon got viral and reached millions of views for each video.

The account even reached #4 on the top 10 TikTok creators. Devon was also a part of the creators of the TikTok LatinX Trailblazers.

His profile was featured in famous media, such as News Week, TimeOut, and Daily Mail.

2. He looked so focused while painting

3. His figure seems to contrast with the soft background

5. He poses with food

Even though Devon Rodriguez has experienced a tough childhood, he finally rises up and becomes a famous artist.