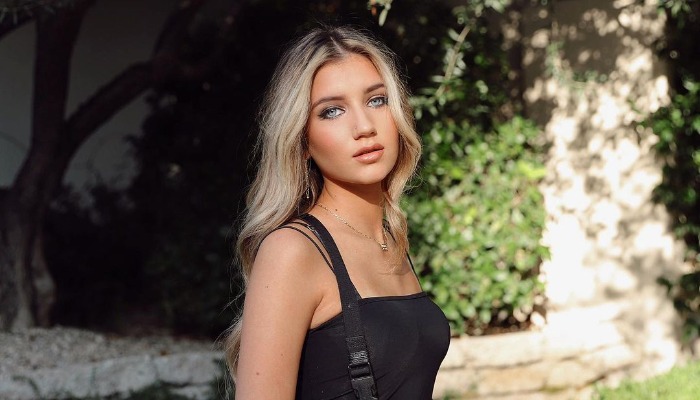 Mads Yo or Mads Lewis started her social media career from the online-sharing platform Musical.ly. She uploaded dance and lip-sync videos and they became viral.

As the platform was changed into TikTok, the girl continued creating videos and earned over 10 million followers.

In 2017, Mads began her acting debut on the film Alexander IRL as Lady Maybelline. This Internet star also got small roles in the reality show named Solve and a film called Intern in Chief.

From July 2019 to September 2019, Mads starred in a web series named Chicken Girls, along with other Internet stars, such as Jules LeBlanc, Hayden Summerall, and Avani Gregg.

In 2020, she was invited to the Famous Birthdays office, along with Addison Rae and Bryce Hall to play games Guess Their Age and Guest The Post.

She also appeared in several magazines, such as Lucid, Unclear, and Zone.

1. The sparkling yellow suit gives a formal look to her style

2. She gives juxtaposition with the dress and black boots

3. A stunning selfie from Mads Lewis

Mads Yo started her career at such a young age. Hope she can gain more success and popularity in the future!