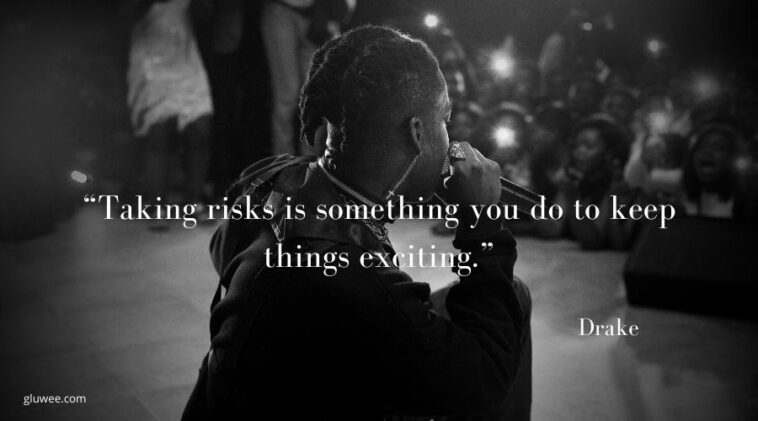 Drake Quotes – Drake may be a familiar figure to us lovers of this famous rapper and singer. Aubrey Drake Graham, or better known as Drake, is a Canadian rapper, singer, songwriter, record producer, actor, and entrepreneur.

Drake was originally best known as an actor in the teen drama television series Degrassi: The Next Generation in the early 2000s. He also joined Lil Wayne’s Young Money Entertainment in June 2009.

Drake has many achievements that some of his fans may already know. while maintaining several Billboard chart records.

He has the most charted songs of any artist in Billboard Hot 100 history. He also has number one singles on Hot Rap Songs, Hot R&B or Hip-Hop Airplay and Rhythmic Charts among many others.

One of which Drake entered the list of artists with the highest certified digital singles by the RIAA, with 142 million units. He is one of the best-selling rappers of the 21st century, with more than 10 million album sales and 86 million single sales globally.

Not only being a singer and rapper in his daily life, Drake has also developed other businesses as an entrepreneur. Drake has founded the record label OVO Sound.

As a successful rapper, we can take many things from this global singer and rapper. one of them is from the quotes below about spirit, success, life and others that have been shared by drake for his fans and all those who love him.

For that, here are 60 Drake quotes that build and inspire us about success and the meaning of life.

Read also: 100 C.S. Lewis Quotes Which About Life Give Us Inspires

60 Drake Quotes About Struggle, Success Give Meaning Of Life 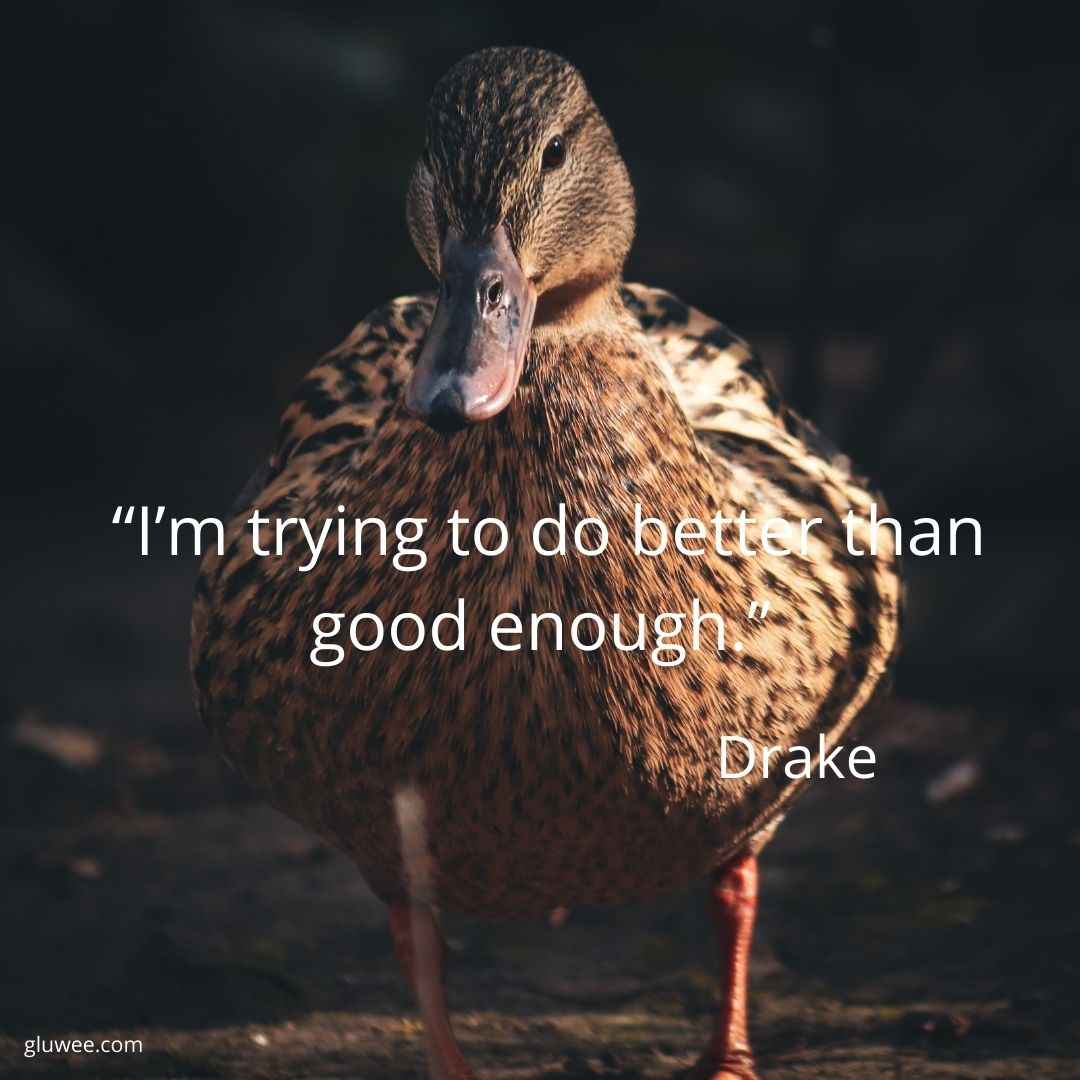 1. “only thing on right now like a night light”

2. “cautious of a flood so I always lay the right pipe”

3. “I told her, even Photoshop couldn’t change me”

4. “and a chance is like a picture, it’ll be nice if you just take it”

5. “Cause everybody dies but not everybody lives”

8. “When you get hurt by the one you living for, pain can make you wanna love no more.”

9. “I learned working with the negatives could make for better pictures.”

13. “Make the most out of tonight, and worry about it all tomorrow.”

14. “When you look ahead and darkness is all you see, faith and determination will pull you through.”

15. “I live for the nights that I can’t remember, with the people that I won’t forget.”

16. “Taking risks is something you do to keep things exciting.”

17. “I’m always going to work like I have something to prove.”

18. “You can always tell how much you love someone by how much they can hurt you.”

20. “When writing the story of your life, don’t let anyone else hold the pen.” 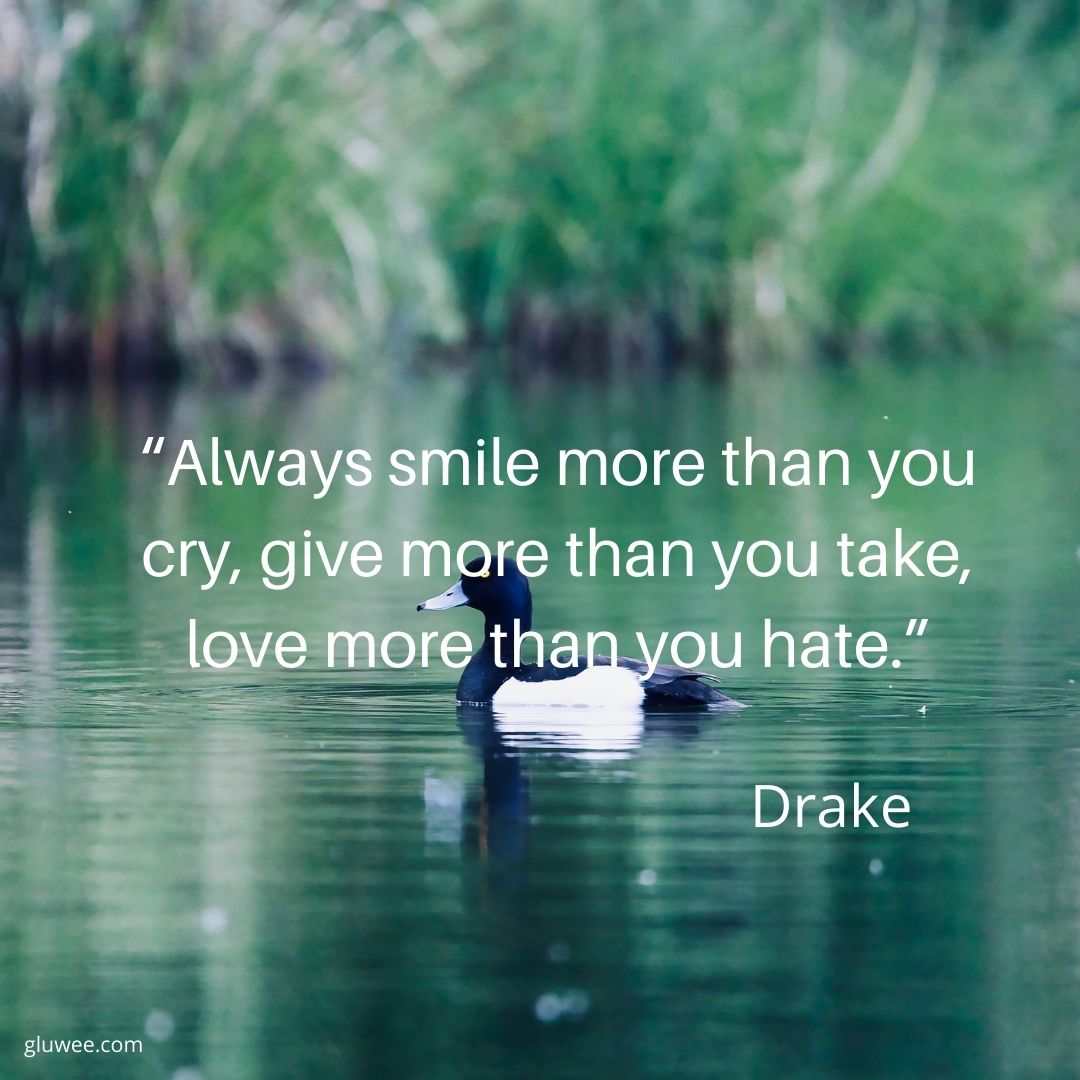 23. “I know they say the first love is the sweetest, but that first cut is the deepest.”

26. “I swear this life is like the sweetest thing I’ve ever known.”

27. “the living truth, that you ain’t gotta die to get to heaven”

29. “talkin all those good things is all that I’m really good for”

30. “never thoughts of suicide, I’m too alive, but I still treat it like it’s do or die”

31. “places they said they been, we actually going for real”

32. “lookin for the right woman to do the wrong things”

34. “The girl that I want to save is like a danger to my health. Try being with somebody that want to be somebody else.”

35. “The game ain’t always fair and that’s the thing though. You can play your heart out, everybody don’t get a ring though.”

36. “When you’re on the road and moving city to city, when someone isn’t there at the end of the night, you feel empty.”

37. “It was my father who told me that there is no rapper who is singing and rapping. He told me that in order to be successful you’re going to have to do something different than what everyone else is doing.”

38. “People like to build their own story about my life. I don’t know if it makes them feel better, or if it makes it okay for them to not like me, but the last thing I grew up as was rich.”

39. “I’m actually a very honest person, and sometimes I end up like, ‘Man, I said too much.’ It’s hard for me not to tell the truth when you ask me.”

40. “Life is just a game in which the cards are facing down. I’m in the world where things are taken, never given how long they choose to love you will never be your decision.” 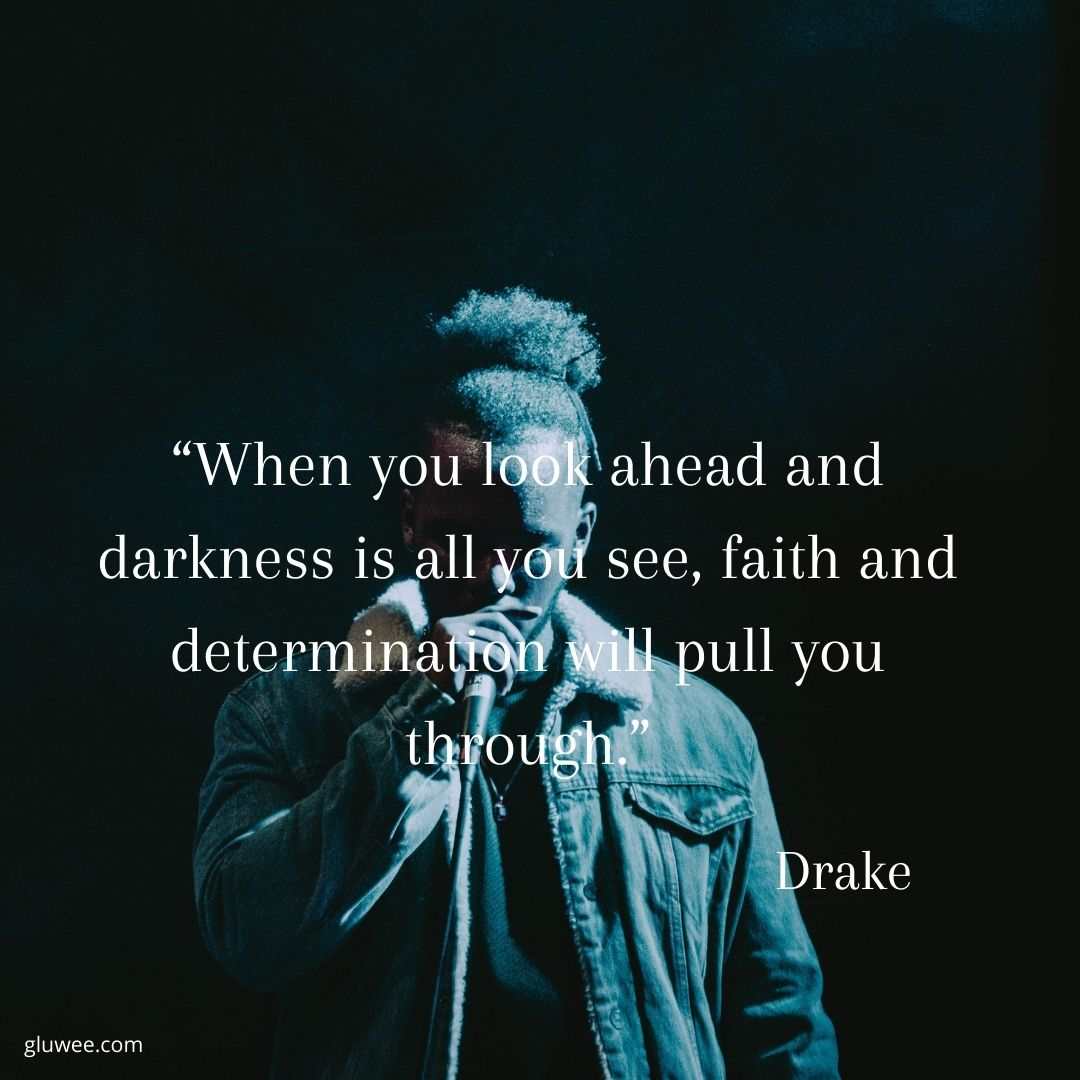 41. “Me and my dad are friends. We’re cool. I’ll never be disappointed again, because I don’t expect anything anymore from him. I just let him exist, and that’s how we get along.”

42. “I don’t measure my success anymore by the Grammys. I can’t because I’ll just end up crushed.”

46. “Jealousy is just love and hate at the same time.”

47. “Never pay attention to the rumors and what they assume.”

48. “No matter how dirty your past is your future is spotless.”

55. “Sometimes it’s the journey that teaches you a lot about your destination.”

58. “Kill them with success and bury them with a smile.”

59. “Haters will broadcast your failures, but whisper your success.”

Read also: 100 Muhammad Ali Quotes Give Us The Meaning About Life

That’s it, 60 Drake quotes that inspire and can be taken from the figure of Drake, a successful rapper and singer in the world.