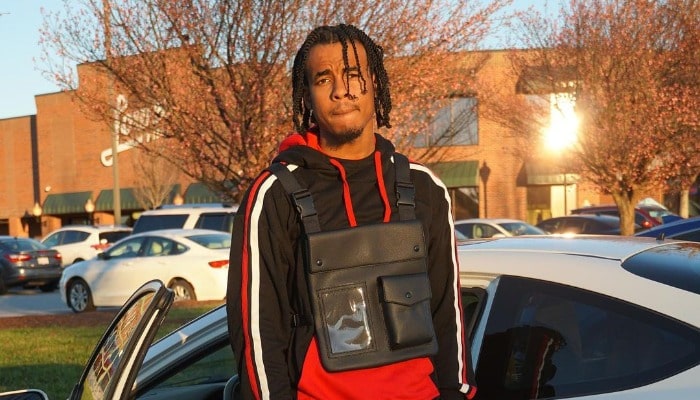 Dtay Known or Dante’ Williams’s account became viral after he posted a video walking on water.

This TikTok star posted mini-vlogs, comedy skits, and dance videos on his account. He also made parodies for music videos.

Not only did Dtay become known on TikTok, but this Internet star also got millions of views on YouTube.

He created a YouTube channel, which was already made in September 2014, and his first video was Dtay did whip dance in the same month.

He experimented in creating music called For da dash in 2018, then released it on Spotify and Soundcloud.

In March 2020, Dtay got the Golden YouTube Play Button as he earned 1 million subscribers on the platform.

As he became famous on TikTok, Dtay was invited to join a TikTok event named History Month Creator Summit in March 2020.

He has featured other Internet stars, such as TheBlack Trunks, Jonas Bridges, and Nups. Dtay also collaborated with the fashion brand Fashion Nova.

1. He wears a jacket and ripped jeans

2. He holds a skateboard and ready to play with it

3. This TikTok star wears an outfit with blue and white gradation

4. Dtay looks cool with the shirt

Dtay has continuously fought for reaching his point of success. He now gets millions of fans and huge Internet fame.