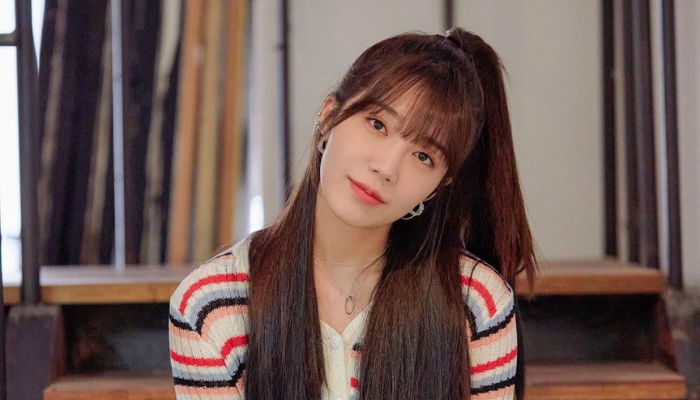 Eunji was first introduced as the fourth member of Apink in March 2011. On that occasion, she appeared to cover Jennifer Hudson’s song Love You I Do in an online video.

Prior to her debut with Apink, she appeared with other Apink members on Apink News, a reality show program for their pre-debut.

Finally, on April 21, 2011 Eunji and Apink debuted on Mnet’s M Countdown by singing Wishlist and Mollayo.

This girl is also active in a solo career outside Apink. She often collaborates with a number of artists for the release of songs.

These songs include All For You and Our Love Like This with Seo In Guk for Reply 1997‘s OST. Unexpectedly, the track All For You became one of the best-selling songs on the Gaon Single Chart.

Then, in 2016 she finally debuted as a solo singer with the Dream EP which contains 6 songs.

One of her most popular songs is Hopefully Sky, which occupies the top 8 positions on the local music charts.

In 2017, she then released her second EP, The Space. The Spring, one of the songs on the EP, is in the top 10 on the local music chart.

1. Denim and braid hairstyle matches her so well

2. Look how cute she is in this outfit

3. Eunji’s selfie gives us so much blessings

4. Our photogenic Eunji in one frame

5. Eunji looks so happy in here

Eunji has the brightest smile, tons of skill, and generous heart that we all love. We hope we can always see her great performance in the future.